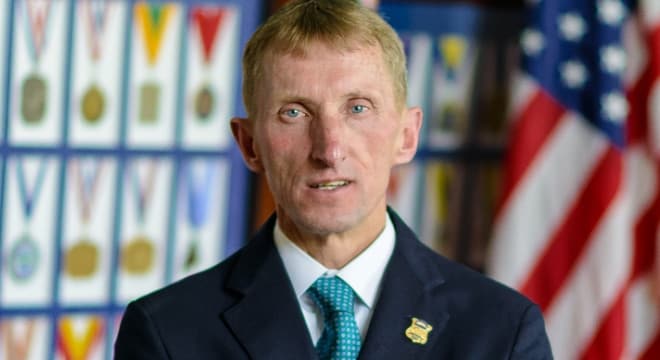 Boston Police Commissioner William Evans argues national reciprocity will lead to dangerous encounters at traffic stops and other interaction with those who may be carrying concealed firearms (Photo: Boston PD)

In a letter dominated by chiefs from states such as Massachusetts and New York, the International Association of Chiefs of Police urged against expanded concealed carry recognition.

The International Association of Chiefs of Police on Thursday made public a letter directed at Congressional leaders voicing the group’s opposition to the Concealed Carry Reciprocity Act pending in Washington. The measures, H.R. 38 and S.446, respectively, would expand carry rights nationwide, in effect forcing states and local jurisdictions to respect all valid concealed carry permits, a move the letter’s signatories feel is a mistake.

“Mandated reciprocity would effectively override the permitting requirements of individual states, such as requiring safety training or prohibiting permits for people with multiple convictions for violent misdemeanors or drug or alcohol abuse problems,” the letter says in part.

Though made up of some 30,000 members, just 473 individuals from 39 states elected to lend their name to the letter. There are no active police chiefs who signed the letter from such conservative bulwark states as Idaho, Mississippi, Montana, New Mexico or Nevada. In comparison, states with strict gun laws had numerous chiefs support the declaration. For instance, at least 85 signers were from Massachusetts departments and 55 from New York.

“This bill would override state laws determining who is qualified to carry a loaded hidden gun – laws which take into account the unique circumstances and needs in each state– and would force states to allow individuals to carry guns who are not qualified to do so under their own laws,” said Boston Police Commissioner William Evans in a statement issued by the IACP. “During traffic stops and other interactions with the public, our officers would have to be familiar with 50 different state’s laws on concealed carry permitting. Given the split-second decisions our officers frequently need to make, this is nearly impossible and can foreseeably lead to violent confrontations.”

News of the IACP’s letter was acclaimed by national gun control groups such as Everytown who declared, “The nation’s law enforcement community overwhelmingly opposes dangerous ‘concealed carry reciprocity,’ the U.S. Senate should, too.”

The House measure passed that body in December on a 231-198 vote that included a half-dozen Democrats who supported the bill. The Senate proposal is in the Committee on the Judiciary. With the 115th Congress sent to fade into history in eight months amid a contentious mid-term election cycle, the clock to move the legislation is ticking.