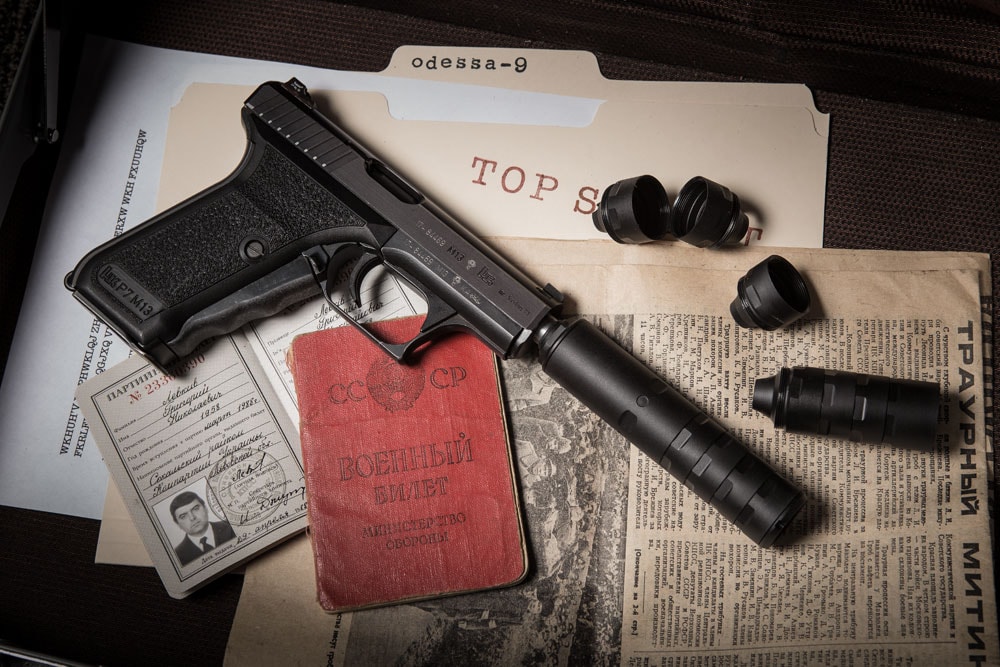 Dead Air’s new Odessa-9, shown on a beautiful Heckler & Koch P7M13 squeeze-cocker and a bed of The People’s Cold War leftovers, is new to the suppressor market (Photos: Dead Air)

Kamas, Utah-based Dead Air has come in from the cold to bring a new user-configurable suppressor to the market that is thin enough to accommodate factory handgun sights.

Dead Air, who have been hyping the new can for the past week in a series of posts on social media accented by Cold War-era spycraft and espionage, made the Odessa-9 public knowledge on Monday. The 9mm suppressor uses a 1.1-inch tube to allow utilization of regular sights, rather than force the user to go without or install high-profile aftermarket sights or optics. 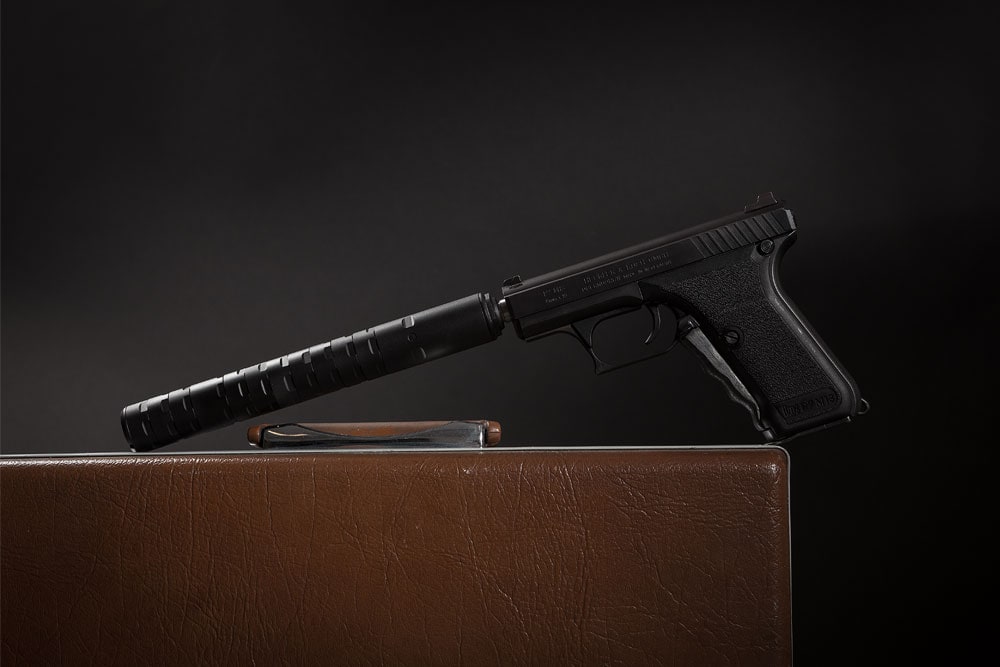 Note the thin 1.1-inch outer diameter of the can, allowing for standard sights

Further, the Odessa is fully modular and can be shot in any one of 11 different lengths from 8.59-inches when all of the baffle units are attached, all the way down to a single baffle, though performance is of course at stake.

“If you stack only four baffles you’ll be close to, or below, hearing safe levels with subsonic ammunition,” said Dead Air. “Stack on the full 11 baffles and we’ve hovered just shy of 122dB with HUSH subsonic ammo. With the smaller tube and this much modularity, your suppressed handgun life just got easier.” 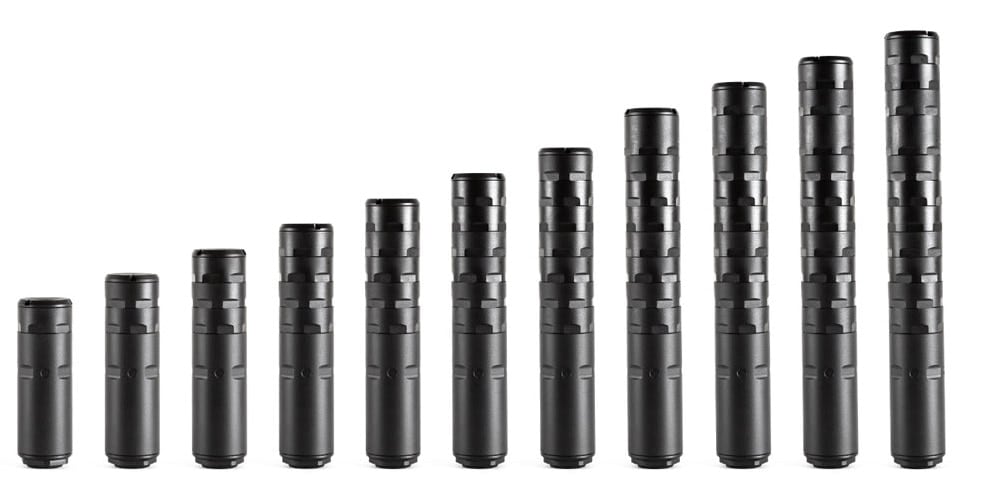 Users can choose how many baffles to stack, with varying sound moderation levels

The Odessa-9 is available with pistons for either 1/2×28 and M13.5X1 LH pitches though Dead Air does advise, however, the suppressor is compatible with a range of legacy pistons such as those from Rugged and Silencerco. 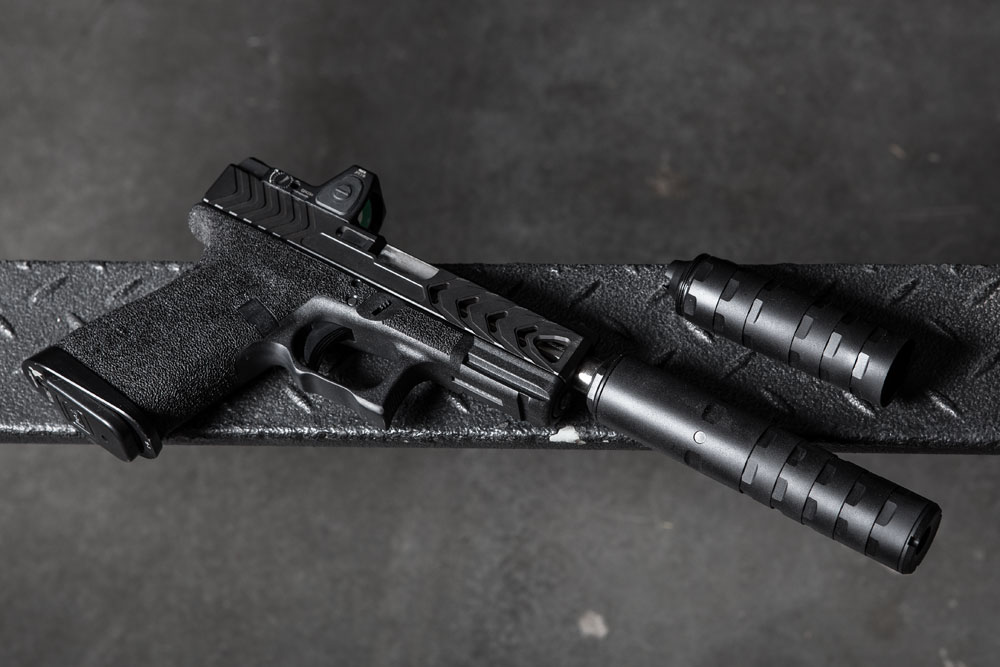