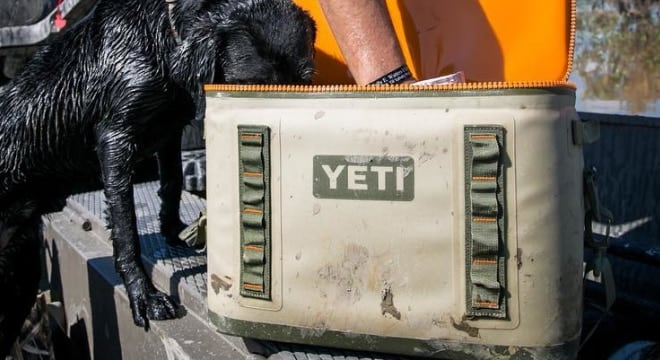 Yeti maintains they are strong supporters of the Second Amendment. (Photo: Yeti)

High-end cooler manufacturer Yeti has refuted the nature of how they came to be estranged from the gun rights group, but the National Rifle Association is standing by their story.

As previously reported by Guns.com, the NRA announced that Austin-based Yeti had broken ties with the organization and refused to be a vendor for merchandise to be used in fundraisers. This led to blowback against the popular cooler maker across social media as Yeti offered that the move was a simply a byproduct that arose from getting rid of an obsolete discounting program and that the NRA had mischaracterized the event as something more sinister. On Tuesday, the Second Amendment member organization said Yeti’s statements just added insult to injury.

“Yeti severed ties with the NRA and is now engaging in damage control after a backlash from many of its customers,” Marion Hammer, past NRA president and head of the group’s affiliate organization in Florida, told Guns.com.

“In early March, Yeti refused to place a previously negotiated order from NRA-ILA, citing ‘recent events’ as the reason – a clear reference to the tragedy in Parkland, Florida,” said Hammer, going on to say the company then delivered notice to the NRA Foundation that it was ending a seven-year agreement and demanded that the gun group remove the Yeti name and logo from the NRA’s websites and print material.

In response to Yeti’s post laying out their side of the story, some 11,000 have commented, with some accepting the company’s assertions that NRA jumped the gun, with many others choosing to take a different path.

“And this folks, is what is called a ‘back pedal’ in marketing terms…” wrote commentor Kory Gausen, in a comment liked over 2,500 times. Others pointed to an incident where Yeti backtracked when called out on a “gun free zone” established in their flagship retail store in Austin last year.

In the meantime, at least one sporting goods retailer, Ozark Sportsman in Arkansas, has pulled the Yeti merchandise from their shelves while a few owners of Yeti products have taken to destroy them publicly. A spate of videos posted on social media shows pro-NRA advocates blowing up, crushing, shooting and sawing various Yeti-branded products while the hashtag #yeticoolerchallenge has garnered national media attention.

The rift between the largest pro-gun group and one of the most well-known outdoor product makers has triggered other cooler manufacturers, such as Orca, Pelican, and RTIC, to pump up their Second Amendment creds.

Message from our owner:Good Afternoon ORCA Nation,We’ve gotten a lot of questions about ORCA’s stance on the 2nd…