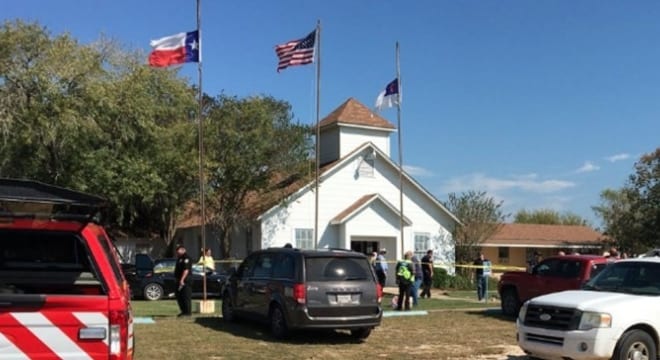 A federal judge dismissed a lawsuit against the DoD this week stemming from its failure to prevent a former Airman from buying the rifle used in the Nov. 5, 2017 attack at First Baptist Church in Sutherland Springs, Texas. (Photo: San Antonio Current)

A federal judge dismissed a lawsuit against the Pentagon this week over its failure to update the gun background check system with service members’ criminal records.

U.S. District Judge Claude Hilton said Tuesday city officials from Philadelphia, New York and San Francisco couldn’t prove the Department of Defense’s negligence would cause harm and called claims of illegal gun sales stemming from the missing records “too speculative” to hold up in court.

Dennis Herrera, an attorney representing San Francisco, told the San Francisco Chronicle in a statement Tuesday he was disappointed by the ruling and may consider filing an appeal.

“The bottom line is the Pentagon needs to do a much better job reporting military convictions so that people who shouldn’t have guns aren’t able to buy them, get a concealed permit for them, or have them returned if police confiscate them,” said city spokesman John Coté. “Nothing in the court’s opinion disputes that. Instead, our case was dismissed on a legal technicality.”

City officials sued the department Dec. 22 for its repeated failure to report disqualifying service member records to federal authorities — a longstanding issue illuminated by the shooting at a church in Sutherland Springs, Texas church last year.

The legal challenge sought an injunction and judicial oversight to mandate the department submit missing criminal records to the databases feeding the National Instant Criminal Background Check System — restoring its integrity for the sake of the three cities whom “regularly” rely on it.

Fixing NICS became a congressional priority after a former Airman gunned down 26 people at the First Baptist Church in Sutherland Springs on Nov. 5 with a rifle his domestic assault convictions barred him from owning.