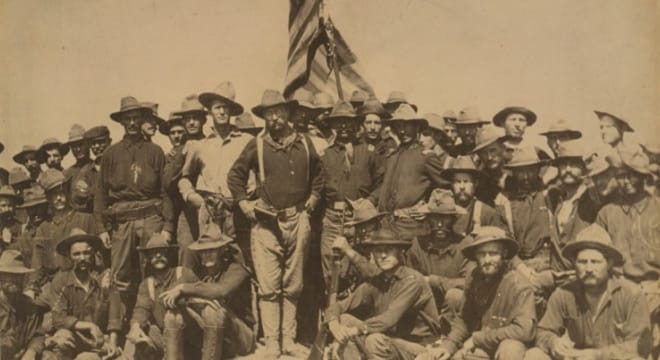 The Rough Riders used .30-40 caliber U.S. Krag model rifles in the Spanish-American War. As President, Roosevelt would see the military updated with the 1903 Springfield in .30-06. (Photo: Library of Congress)

A vintage military rifle carried by a trooper who rode with Teddy Roosevelt’s Rough Riders in 1898 has surfaced.

The Krag up at auction Friday at Skinner is a carbine model meant for horse-mounted cavalry use, and as such has a saddle ring mounted to the rifle — one of the last U.S.-made martial rifles to have such a feature. This particular gun was carried by Trooper Alvin C. Ash who served in the famous but short-lived 1st U.S. Volunteer Cavalry regiment.

Ash’s Krag is up for grabs (Photo: Skinner)

Recruited by a former New York City Police Superintendent and Assistant Secretary of the Navy by the name of Theodore Roosevelt to fight the Spanish Empire over Cuba in 1898, the unit was known as the “Rough Riders” due to its heavy recruitment from adventurers, cowboys, and other like-minded outdoorsmen. Although they didn’t get to take their horses to Cuba due to lack of transport, they did fight their way up San Juan Heights on foot along with the similarly dismounted regulars of the 3rd and 10th U.S. Cavalry regiments and earned a place in the history books. 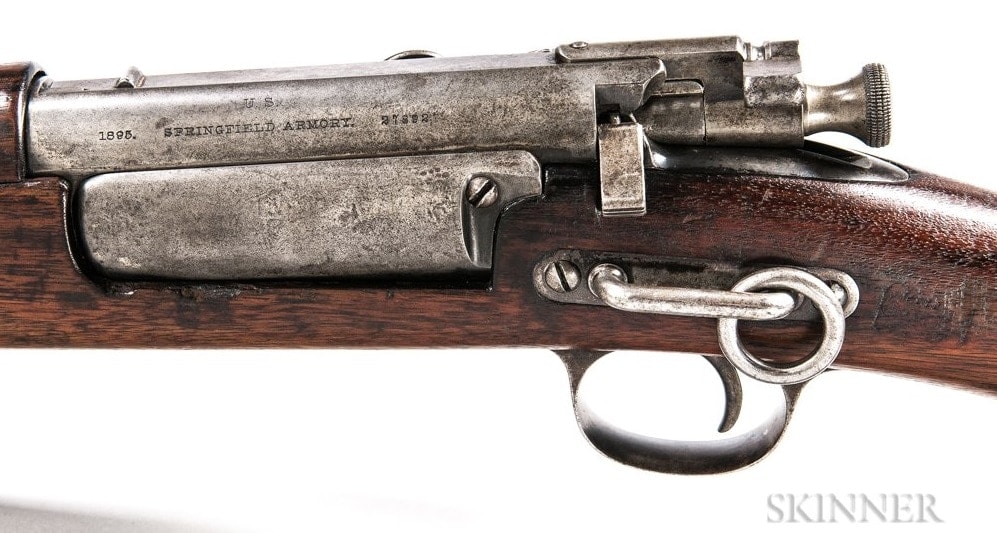 Ash, of Raton, New Mexico, was noted as Roosevelt as wounded in action in his book on the unit and mentioned as “his favorite horseman.”