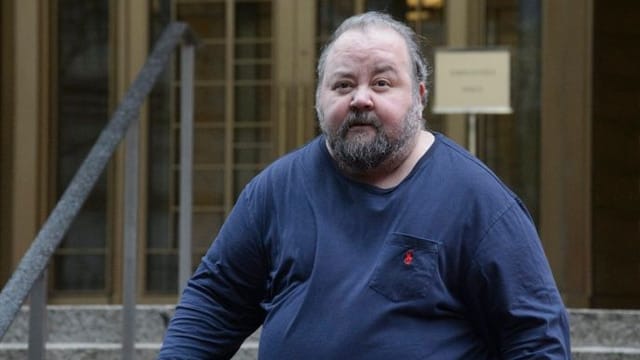 John Chambers faces up to 55 years behind bars for bribing officers in the NYPD Licensing Department. (Photo: Charles Eckert/AMNewYork)

A New York City lawyer and self-proclaimed gun license “expediter” could spend the rest of his life behind bars after a federal judge convicted him of bribery this week.

John Chambers, 63, faces a maximum of 55 years in prison for bribing his contacts within the New York Police Department’s License Division while serving as an assistant district attorney in King’s County.

“On behalf of his clients, Chambers acted as an intermediary for individuals who sought to circumvent the legitimate gun licensing process, and in some cases had criminal records or were otherwise precluded from owning firearms at all,” said U.S. Attorney Geoffrey S. Berman in a news release Thursday.

According to the four-count indictment filed in federal court, Chambers gave NYPD Sergeant David Villanueva tickets to sporting and entertainment events, an $8,500 wristwatch and $2,000 in cash between 2010 and 2015 in exchange for leniency and expediency when it came to Chambers’s clients.

In some cases, Villanueva would scuttle “incident investigations” involving Chambers’s clients, preserving their firearms licenses despite clear evidence for suspension or revocation, according to court documents. He’d also modify the outcomes of concluded investigations, including one case where he commuted a licensee’s revocation for multiple drunk driving offenses down to a temporary suspension.

Court records state Villanueva also used NYPD stationary to expedite license renewal applications for Chambers, knowing the letterhead would speed up processing from as long as six weeks to sometimes less than a day.

“The willingness of John Chambers to corrupt the gun License Division for his own benefit exposed the people of New York to unnecessary danger. This Office will continue to root out the corruption that undermines the public’s confidence in the law enforcement officers and institutions sworn to serve us all,” Berman said.