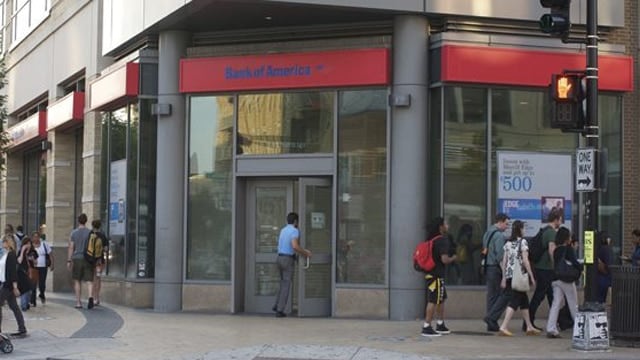 The Senate Banking Committee wants answers from Bank of America after it decided to stop lending to manufacturers of AR-15s. (Photo: Bank of America/Facebook)

The nation’s second largest bank faces a long list of questions from Congress over its decision to cut ties with gun makers producing AR-15 rifles.

“It is deeply concerning to me when large national banks like Bank of America, which receive significant forms of government support and benefits, use their market power to manage social policy by withholding access to credit to customers and companies they disfavor,” Crapo said in the letter dated April 25.

Anne Finucane, BoA vice chairwoman, publicly announced the company’s decision to cut ties with gun makers during an interview with Bloomberg television earlier this month. The move came nearly two months after a teenager murdered 17 and wounded 17 others at his former high school in Parkland, Florida armed with an AR-15.

“We have had intense conversations over the last few months and it’s our intention not to finance these military-style firearms for civilian use,” she said. “We want to contribute in anyway we can to reduce these mass shootings. That’s such a tragedy in the United States.”

Finucane admitted the decision drew mixed reactions and said Bank of America will continue working with gun retailers — a detail that leaves Crapo and the rest of the Senate Banking Committee wary.

“The collection of personally identifiable information by both the government and private companies like yours is something that has long troubled me,” Crapo said in the letter, noting Citibank’s decision last month to restrict lending to gun retailers and explore methods of “targeting” sales. “This announcement by Citigroup raises serious concerns about the banking industry’s potential use of PII to monitor and deny financial services to individuals and companies who are engaging in completely legal and, in this case, Constitutionally-protected conduct.”

Crapo and other lawmakers on Capitol Hill remain vocal about corporate backlash against the gun industry in the wake of the Parkland massacre — even pressing Federal Reserve Vice Chairman of Supervision Randal Quarles for input on the situation at a committee meeting April 19.

“We don’t need red banks and blue banks,” Republican Louisiana Sen. John Kennedy told Quarles, per the Washington Examiner. “We need banks that are safe and sound and honest, and that appreciate it when the American taxpayer puts up billions and billions of dollars of their hard-earned money to keep these banks from going belly-up.”

Quarles didn’t indulge the committee, however, saying only “Those issues are really outside of our remit as regulators of the system at the Federal Reserve.”