Trump will speak to NRA Annual Meeting on Friday 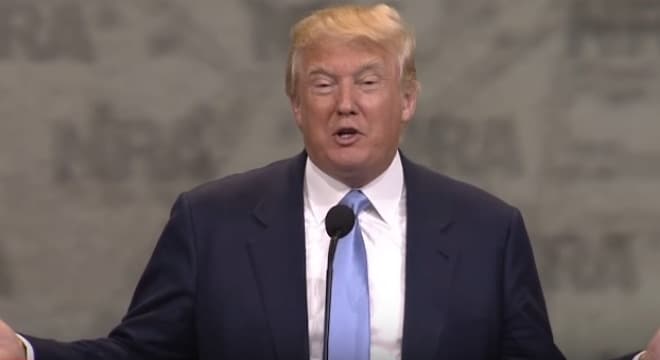 The occasion will be the fourth time Trump has addressed the NRA’s Leadership Forum in as many years (Photo: NRA)

The Dallas Morning News reports that Trump will be in the city on Friday, a day after visiting Sutherland Springs, Texas, site of a church shooting that left 26 dead last November. The meeting, set to run through the weekend, is expected to see over 80,000 attend and 800 exhibitors spread across more than 20 acres of convention floor across the Kay Bailey Hutchison Convention Center.

The occasion will be the fourth time Trump has addressed the group’s Leadership Forum in as many years, coming on the heels of a 2017 address as president and two previous visits while on the campaign trail to the White House. Other speakers confirmed for the event are Vice President Mike Pence, Texas Gov. Greg Abbott, Nebraska Gov. Pete Ricketts, and both of the Lone Star State’s U.S. Senators — Ted Cruz and John Cornyn — all Republicans.

As at last year’s forum, the U.S. Secret Service will have jurisdiction at the 7,400-seat Convention Center Arena and have banned all weapons as well as backpacks, drones, large bags and other items. The latter has stirred calls of hyprocrisy from some gun control advocates despite the fact that the practice is standard at most high-profile events where the President or presidential candidates are in attendance.

Anti-gun groups long with actress Alyssa Milano plan to hold a rally on Saturday at Dallas City Hall followed by a “day of action” at the Oak Lawn United Methodist Church designed to train new activists and a fundraising gala that night. Milano and the NRA’s media arm have been swapping broadsides over the past few weeks with NRA TV’s Grant Stinchfield urging members of the gun rights group to pledge new memberships in the actress’ name while asking her on his show during the meeting in Dallas.