el and gear company Virtus was founded on the shoulders of veterans and extreme athletes. Pictured above, founder David Wood. (Photo: Virtus)

With a purposeful and methodical approach to the gear industry, Virtus looks to take the apparel and gear world by storm with its hybrid style.

Founded by David Wood, Tristan Hungerford and Thomas Tomlo Jr., Virtus is a brand dedicated to warriors. Whether users are battling it out on the fields of war, tackling boulders and mountainous terrain or counting reps at the gym, the apparel company looks to outfit its wearers in the latest and greatest clothing technology to help them achieve their goals. Virstus’ founders bring a unique perspective to the apparel line. All veterans, each of them intimately understands the need for good, solid, quality gear.

“When I enlisted in the Marines, I soon realized that the mass-produced gear we were issued was poor quality and not able to withstand the kind of abuse necessary in military training and operating,” David Wood told Guns.com in an email. “In the military, we do everything that extreme athletes do, and we do it while taking and returning fire. On top of that, we’re often in the sandbox or jungle for weeks or even months on end, without running water and washing machines and typically without the support of the great gear that other outdoorsmen have.” That is where the Virtus brand began. 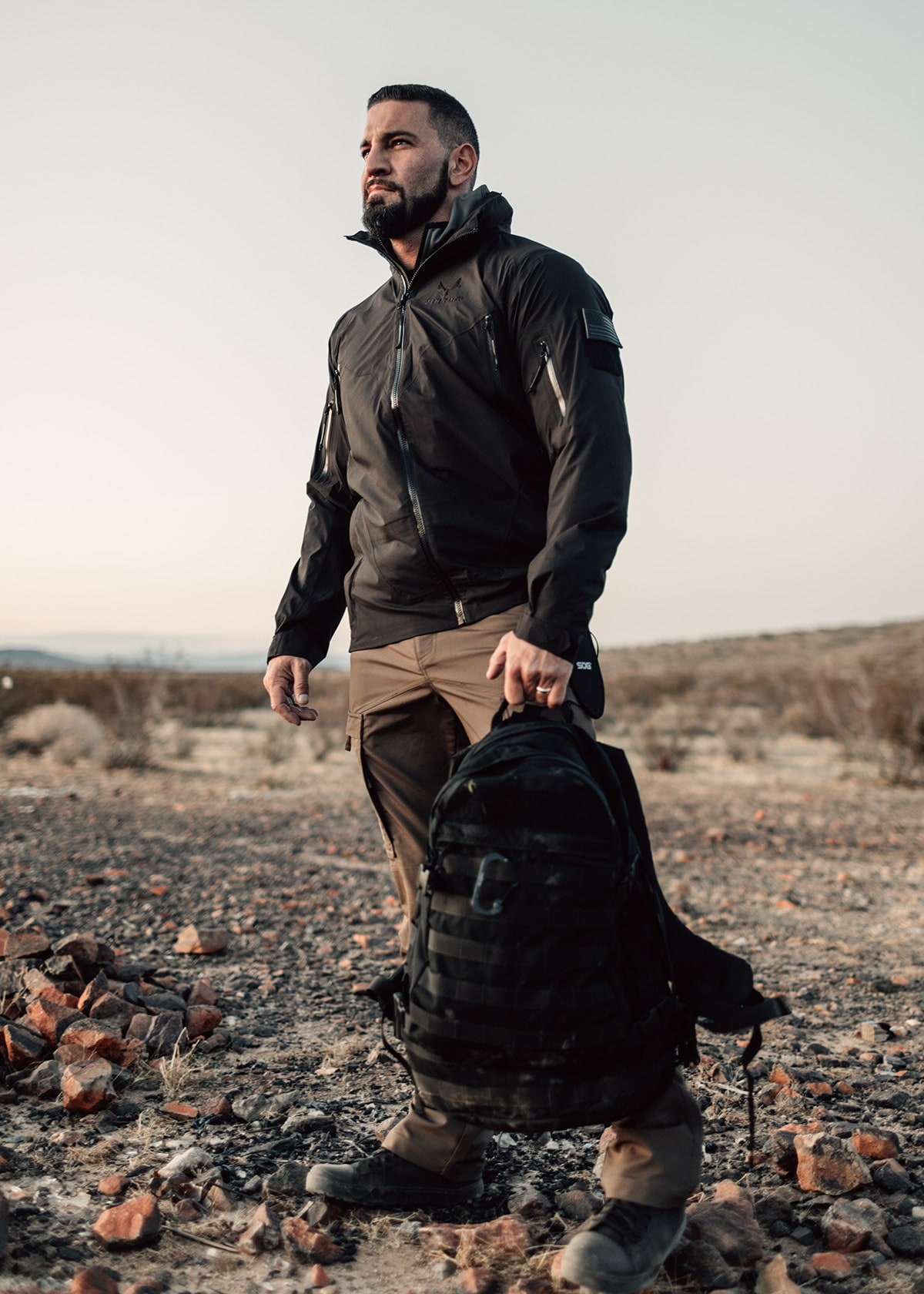 Wood shows off the Proteus Jacket in black. (Photo: Virtus)

Wood explained that he met with CEOs of outdoor gear companies but was quickly disappointed to learn most weren’t veterans or extreme athletes who shared the same understanding. It was at that moment, Wood said he realized he could do better. He and his team could create gear and apparel designed for the extreme by those who live it.

“I believed that, with my team’s collective knowledge and experience, we could create something special and unique, borne out of our experiences serving in every combat zone during the past two decades,” Wood said. “The issue is not merely about comfort or durability: bad gear can cost us our lives.”

The Virtus team set about researching and developing their line. Easily the most difficult part of the journey, the brand was determined to use the latest and greatest materials to suit the needs of warriors, veterans and athletes while staying true to its commitment of quality. To ensure its wearers get the best, Virtus is a fully vertically integrated company, meaning it owns the technical fabrics and designs and it sources and manufacturers its products in-house.

Using a variety of fabrics and materials, some treated at the molecular level to give the the material longevity and durability, the apparel company offers gear designed to keep up with its wearers’ lifestyles. Four generations of apparel and gear in, and Virtus still remains loyal to that commitment in its quest to offer the best quality. 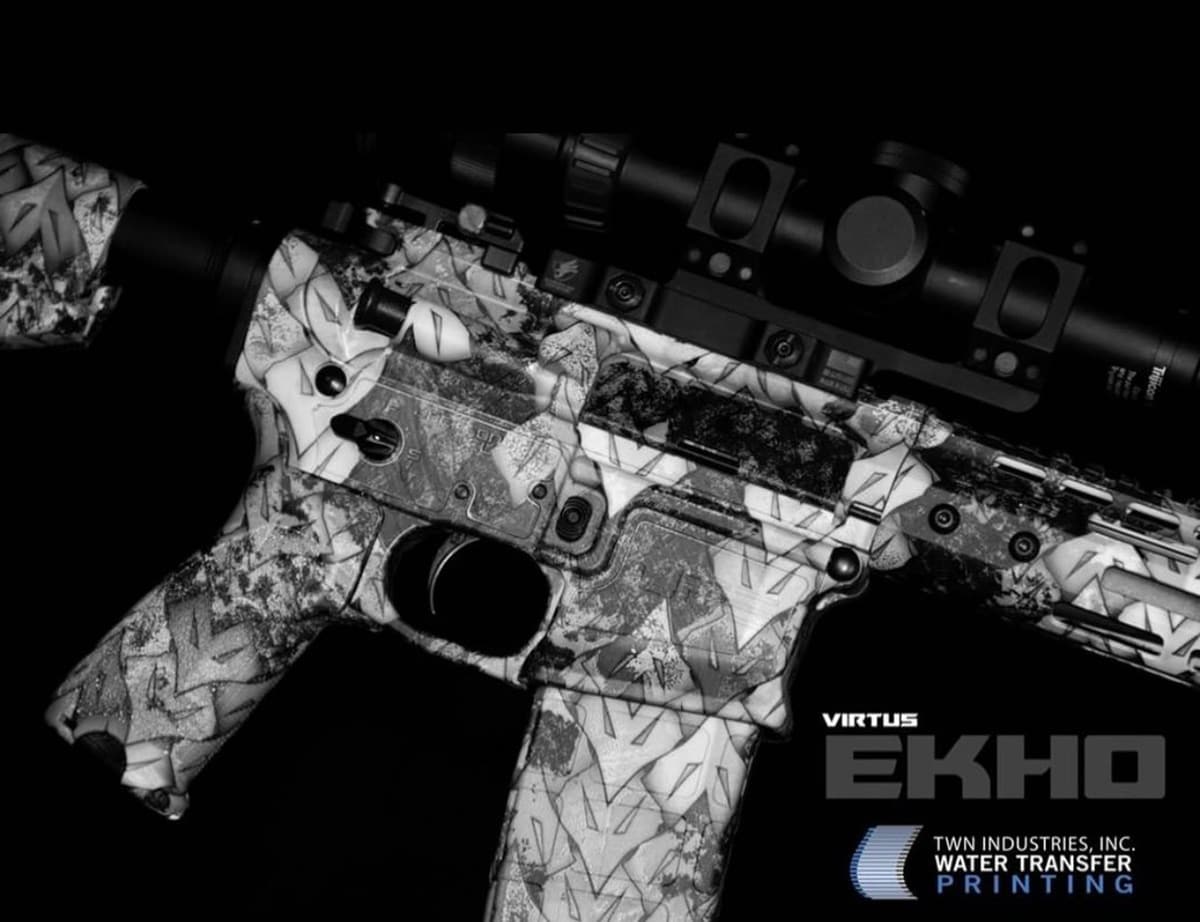 The company offers an interesting array of patterns, including the Ekho, designed for water transfer printing. (Photo: Virtus)

“It’s been a challenging process aimed at preserving our integrity and authenticity as we test our gear in a variety of extreme settings on both elite military units and extreme athletes, and then study the results and decide on each final product,” Wood said. “We design, test, own, and wear the Virtus gear we produce.”

While Virtus offers a range of apparel and gear, one of the more notable features is its robust selection specifically created and targeted towards women. While more and more outdoor and gear companies are jumping into women’s lines, Wood explained that the Virtus women’s series is not about simply filling a niche or checking off a box. Wood said the Virtus women’s line is about acknowledging and honoring “warrior sisters.”

“I think that it’s important to acknowledge and honor our warrior sisters and, frankly, not many military brands are doing this,” Wood said. “Women are out there doing the same extreme adventures as men, but they have even fewer options than men do when it comes to gear. It’s 2018 and it’s about time gear companies wised-up and started creating more than just yoga pants and tops for women.”

Boasting a range of prices and a lifetime warranty on its 3-Jacket System, each product in Virtus’ lineup gets the stamp of approval before making its way to consumers. It’s this approach that ultimately sets the veteran owned company apart from its competitors, Wood said. “When we put out a product, we are putting our stamp of approval, our blood, sweat, and tears on the line.” 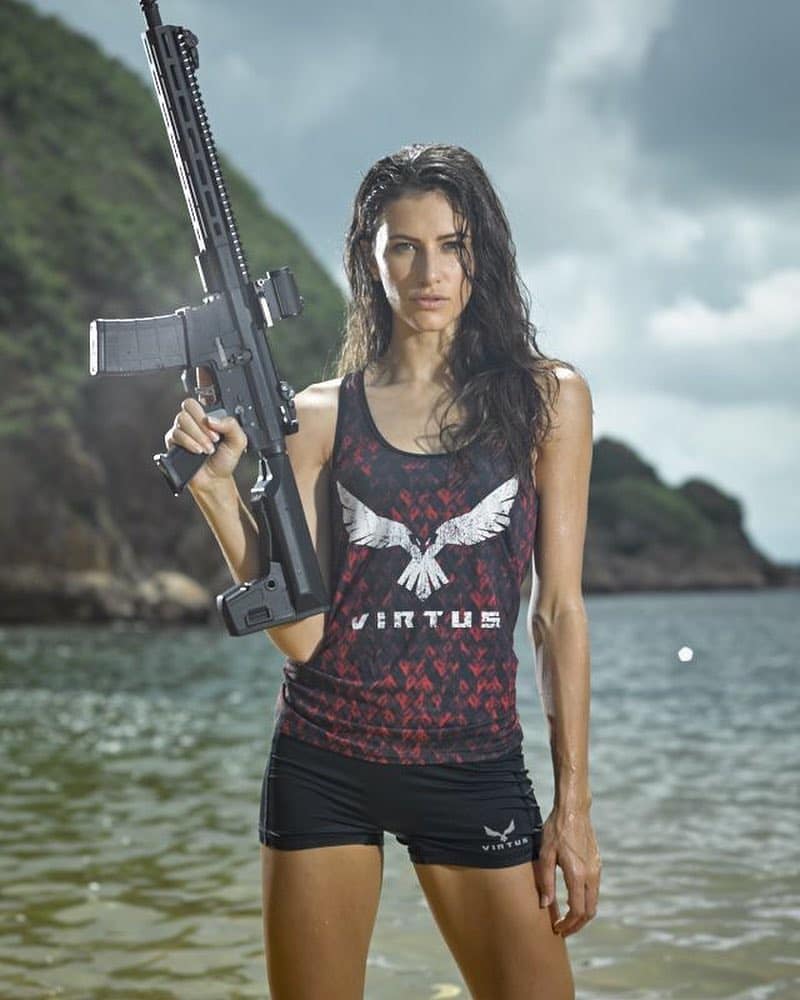 The company offers both tactical and athletic clothing, pictured above, for women. (Photo: Virtus)