You can make an AK out of almost everything, including an elephant (PHOTOS) Something you don’t see every day. (Photos: Forgotten Weapons)

Sure, you have seen ivory grips, but how about an ivory AKM? Forgotten Weapons’ Ian McCollum is back from South Africa and he said he has almost three dozen videos in the can on everything from Boer War-era Mausers to current production 20mm cannons, but one of the more curious finds he came across was a presentation AK carved decades ago from a piece of solid ivory. The gun is marked from UNITA to Apartheid-era South African President/Prime Minister PW Botha. 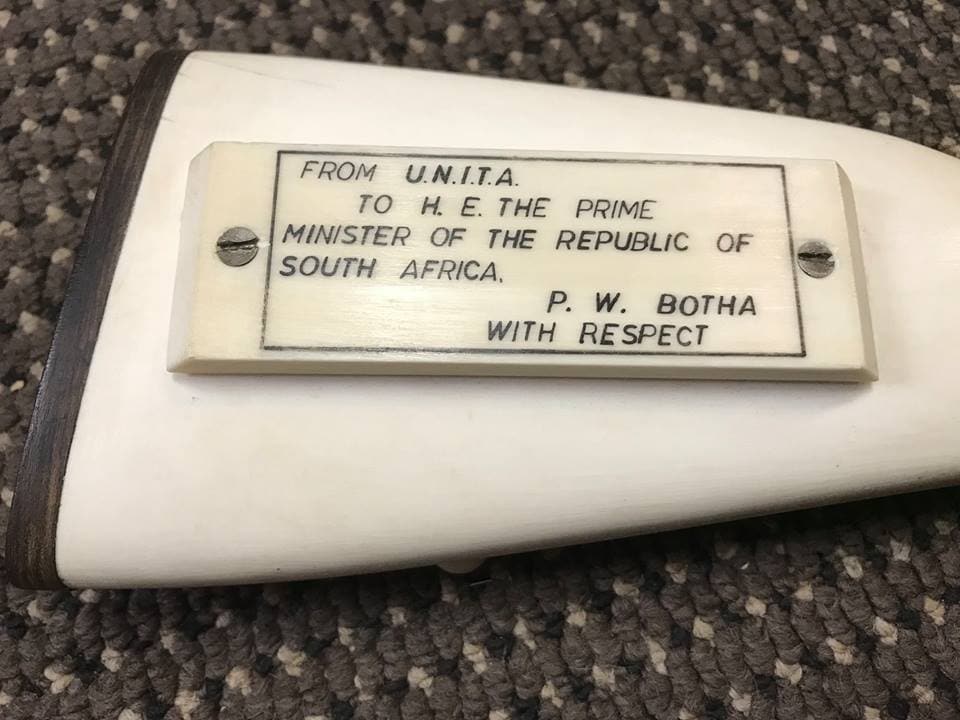 Botha was South Africa’s final Prime Minister, from 1978 to 1984, a period from which the ivory relic dates.

The piece, likely the same one presented by UNITA leader Jonas Savimbi to the South African strongman (how many hand carved Botha-marked ivory AKs are could there be?), was a gift to Botha that remained on display at the nation’s George Museum until 1998.

Savimbi led his guerrilla force first against the Portuguese colonial government in Angola and then in a brutal civil war against the Communist-backed MPLA for generations, the latter with the tacit support of Botha’s government.

Savimbi also reportedly sent an ivory AK to U.S. Secretary of Defense Frank Carlucci as a token of thanks for aid from Washington to help fight Cuban troops in Angola during the Reagan-era. That gun is in the Smithsonian’s collection according to author John Frederick Walker in his book on ivory.

In the end, Savimbi was killed in 2002 in a clash with Angolan troops, Botha died in 2006 at age 90, and both Apartheid and UNITA as an armed group have faded to the history books, but the ivory Kalash endures. Too bad for the elephant in either case. As an aside, how many of the books in the background of the first photo do you have on your own shelf?