“Not sure where you’ll film, the shop is pretty small,” Ted Schumacher told me on the phone before the interview. That’s ok, I thought to myself while driving through the rolling hills and farmland that engulf southern Wisconsin. I’ve made due in small spaces that I’m sure have been worse. Remember Houston… Not exactly an assuring thought, but that’s a different story for a different day.

I was excited to see Schumacher again after meeting him and the Dead Foot Arms crew at SHOT Show 2018. I knew I could make the space work because I was, and still am, convinced that the story of how Dead Foot Arms came to be will override the small and cramped space. I had no choice to be excited about it, after all this is the first feature story of a brand that I’m going to tell.

This is really out there. I could never live this far out in the country, I thought as I pulled into the DFA driveway. Then I saw it and now I’m jealous that Schumacher lives in the country. Coming from the city of Milwaukee you don’t see stuff like this every day. The glorious range unfolded before my eyes, over 180 degrees of steel and target stands laid out in a neat orderly fashion. They look worn and ready for more lead.

“This is awesome!” I told Schumacher as I shook his hand.

I can’t wait to shoot some guns out here, but first things first, let’s shoot these interviews. When I walked into the pole barn, which is the current DFA shop, it strikes me. The gun wall. This is a collection that rivals the best I’ve ever seen with my two eyes. Incredible, there must be over 20 different rifles, all sorts of calibers, lining this beautiful wall. It’s stained and painted to look like the American flag, freedom couldn’t be more prevalent.

“Well, this is our first backdrop” I said entering the room. 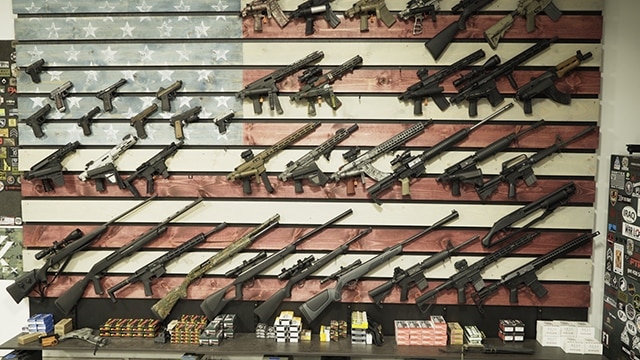 The gun wall in all it’s glory (Photo: Scott Gara/Guns.com) 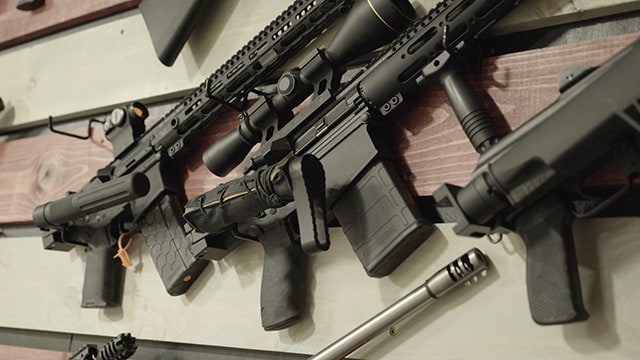 As I set up light stands and place my camera I got to talking to each of the guys about their prior experience in the military and what it meant to them. I always enjoy talking to vets about their time in the service because it always deepens my appreciation for the American serviceman. I learned how Schumacher started as a light infantryman in the Army and has since worked his way up to 74 Delta CBRN unit. 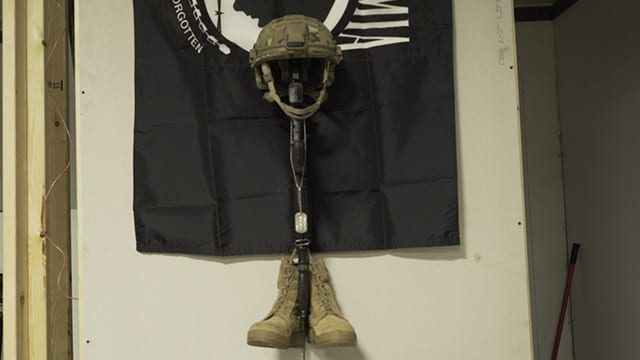 Dedication to service is all over the shop. (Photo: Scott Gara/Guns.com) 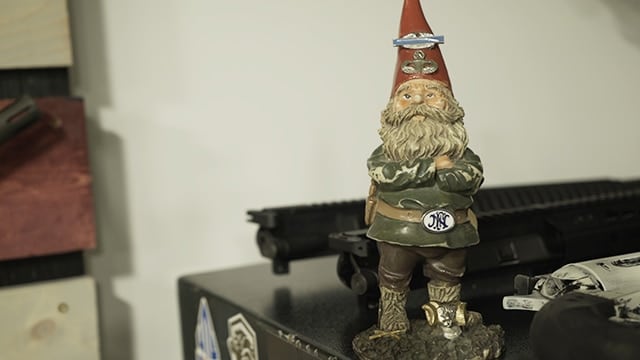 The battle gnome traveled with Kirby Frank while serving overseas, it now keeps watch over the shop. (Photo: Scott Gara/Guns.com)

Schumacher also told me stories of how his grandpa, Dead Foot, would curl up his pant leg to show off his fake leg to the kids when he was younger. He told me how Dead Foot served in both WWII and Korea and how he endured the Bataan Death March. How that inspired him to get the map of the grueling struggle tattooed on his arm. I learned of both Russ and Kirby’s own tours oversees and how Kirby literally had back surgery a few days prior. 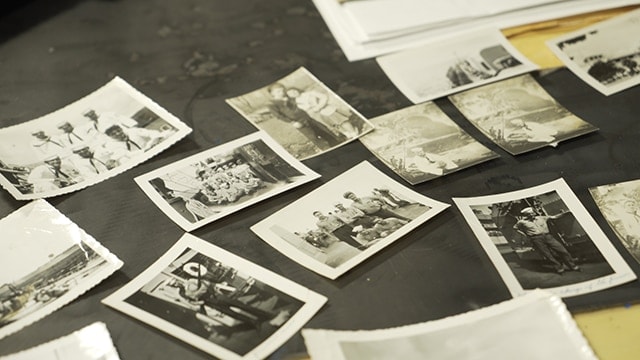 Photos of Ted’s grandpa, “Dead Foot”, and the time he spent serving in Korea and WWII. (Photo: Scott Gara/Guns.com)

But more than these things I learned something that I found fundamentally right about America. You don’t need a fancy degree or a silver spoon to make it. So long as you have the passion to pursue your talent with all your might and learn everything you can, you can and will make it. Dead Foot Arms is proof that the right group of guys focused on the right idea can change the world. I can’t imagine how many times, or how easy it would have been to quit.

This is the story of Dead Foot Arms, I hope it inspires you to start a business or pursue your dream. It’s not easy, but nothing worth pursuing ever is.

Oh yeah…. And about shooting those guns… Its amazing! Highly recommend one! 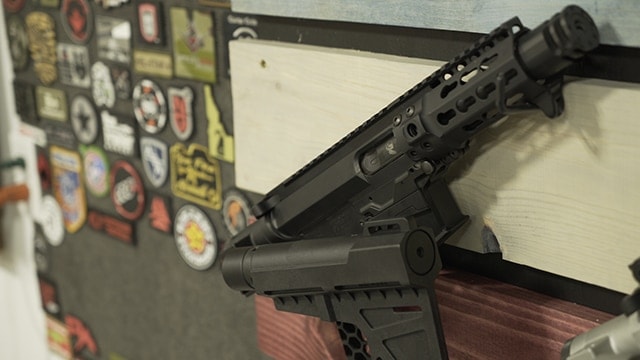 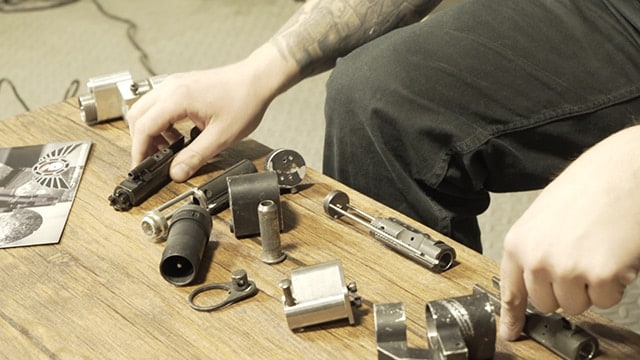 Looking at all the failed and successful prototypes (Photo: Scott Gara/Guns.com)