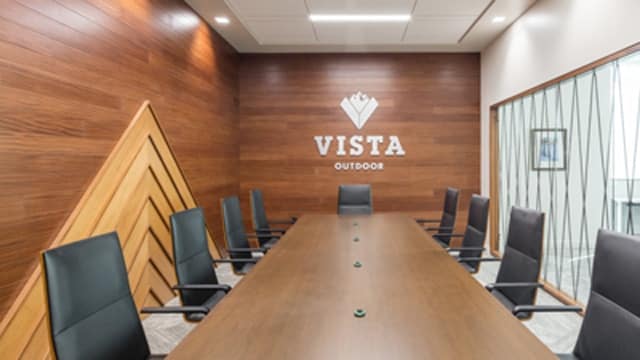 Fourth quarter sales topped $571 million through March 31, bringing Vista’s 2018 total to $2.3 billion — 9 percent down over the prior year. Vista blamed weakness across the gun industry post-election for the decline, but Chief Executive Officer Christopher Metz expressed optimism for the company in 2019.

“We expect to exit fiscal year ’19 in a much better position than where we started,” he told investors during a conference call Tuesday. “For the year, we anticipate Shooting Sports gross margins of approximately 20 percent and gross margins in outdoor products in the mid-twenties.”

Metz continued his shake-up of the company this week with a new strategic plan focused on Vista’s ammunition product lines — many of which saw price increases this year both this month and in January.

Vista owns an extensive portfolio of brands in firearms, ammunition and shooting accessories, including Savage Arms, Stevens, Federal Premium, Speer and American Eagle. It also holds brands in the outdoor lifestyle market. In the weeks after taking over Vista last year, Metz warned quick, “decisive” action laid ahead in order to stabilize the company amid double digit earnings losses.

So far, the company announced it will divest Savage Arms, Stevens, Bollé, Serengeti and Cébé, among others. Metz said the decision to cut firearms from Vista’s portfolio wasn’t easy.

“While these brands deliver fantastic products, we believe the divestiture should unlock greater shareholder value,” he said Tuesday. “This is an important decision, but we believe it may be the correct decision to help Vista realize its full potential.”