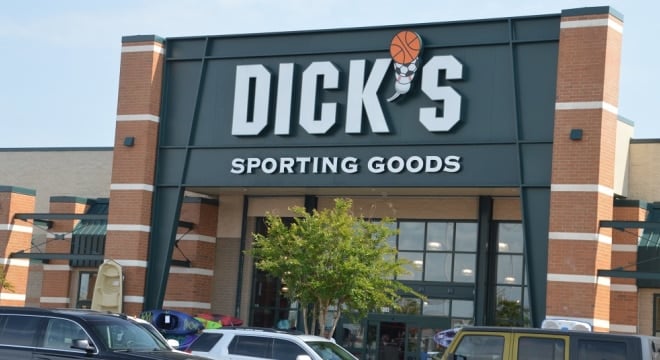 The sporting goods retailer in the midst of changing their firearms policies has signed three Washington lobbyists for the purpose of gun control.

The disclosure lists the sole issue of “Lobbying related to gun control,” as the only one the GPG reps were retained to address.

Founded in 2001 by a group of longtime former White House and Democratic campaign officials, GPG has a host of big-name clients that include Coca-Cola and the NFL, bringing in a reported $1.5 million so far this year according to The Center for Responsive Politics.

In the realm of gun control politics, the firm served along with others as consultants for the 2016 film Miss Sloane. The drama featured actress Jessica Chastain as Elizabeth Sloane, a hard-nosed Washington lobbyist who takes on a powerful national gun rights organization to pass new gun control laws, though it did poorly at the box office. The film made just over $9 million — mostly overseas, against a reported budget of $13 million.

Founded in 1948, Dick’s has been flirting with a change in its internal gun policies for the past several years that has translated into a series of public announcements adjusting their corporate optics when it came to firearm sales. In the aftermath of the 2012 mass shooting in Sandy Hook that left 26 dead, the chain pulled AR-15s from their shelves but continued to sell them at their smaller chain of Field & Stream outlets.

More recently, following the Stoneman Douglas High School shooting perpetrated by a 19-year-old with an AR-15, the chain adopted a controversial policy banning gun sales to those under age 21 across their 610 locations nationwide and pulled ARs from their Field & Stream stores. This led to a series of age discrimination lawsuits filed by would-be gun buyers denied sales and some store employees walking away from their jobs in protest. Last month the company chose to destroy their remaining inventory of AR-15 and similar rifles rather than liquidate or sell them to a third-party.

Dick’s CEO Ed Stack earlier this year was championed by federal assault weapon ban author U.S. Sen. Dianne Feinstein, D-Calif., who met with the firm’s boss and liked what she heard. “I was delighted to meet Ed Stack, who I think is a great American,” Feinstein said. “He’s a supporter of the Second Amendment and a gun owner, but also understands that we need reasonable controls on who can buy guns and what guns they can buy.”