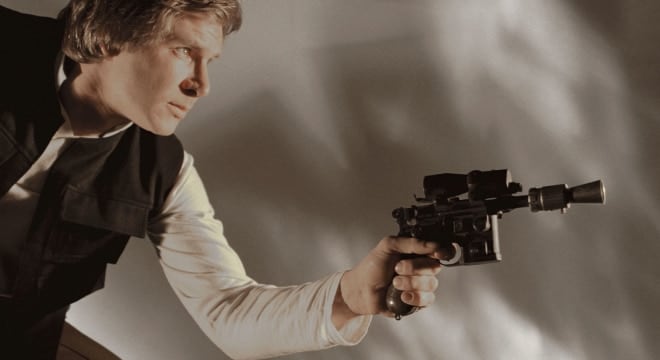 The prop is one of three constructed for Ford to use in the film and has been in a private collection for 35 years (Photo: Julien’s Auction)

One of the most iconic film weapons of all time is headed to auction, aimed at scruffy-looking nerf herder fans everywhere.

Han Solo’s class BlasTech DL-44 blaster burst on the scene in the original entry to the Star Wars cinematic universe in 1977 and was a construct of a live-fire Mauser C96 “Broomhandle” pistol heavily modified by the English propmasters at Bapty & Co. for the film.

While that original gun isn’t for sale, Julien’s Auctions has one of its follow-on versions that was made for 1983’s Star Wars: Episode VI – Return of the Jedi, for use by Harrison Ford, who played Solo. 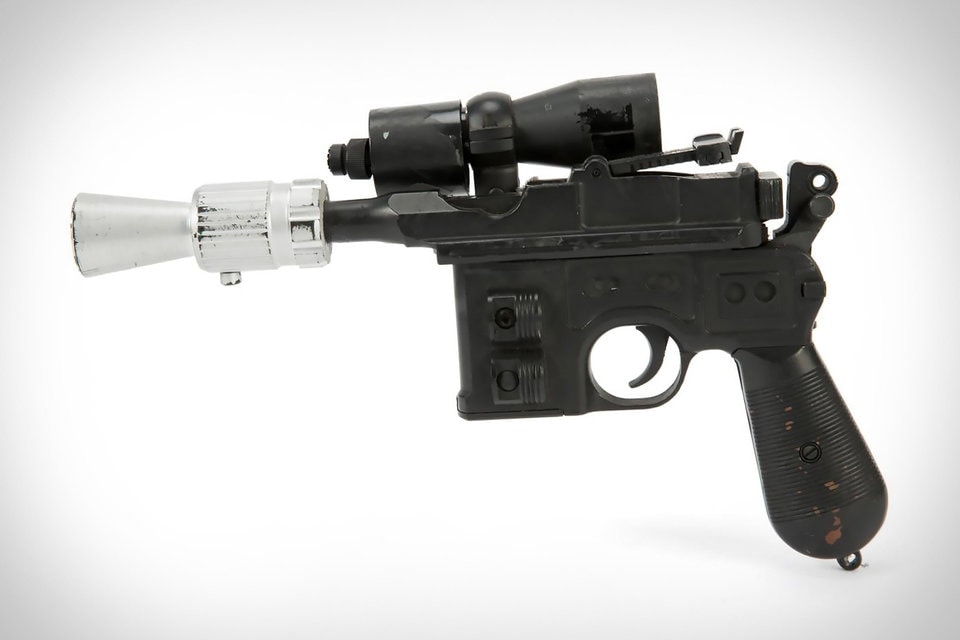 “One of four Han Solo blasters made for and used in Return of the Jedi, the production had used one hero ‘practical’ version and three hero ‘non-firing’ versions. Julien’s Auctions Hollywood Legends auction event will offer one of those three hero ‘non-firing’ movie prop weapons made for and used in the film,” says the auction house, who plan to drop the gavel on it at Planet Hollywood in Las Vegas in June.

The piece made it into the wild after the film’s prop master, Peter Hancock, gave it to Art Director James L. Schoppe along with some other props after the film wrapped and he has had it in his collection for the past 35 years.

Sadly, the resin prop has a lot of sci-fi flick significance but doesn’t actually shoot anything but holes in your wallet.

On the other hand, back in 2015, Jerry Miculek got his skilled mitts on an intact Mauser crafted to replicate Solo’s DL-44 blaster, and he makes it sing. The gun uses a firing .30 Mauser (7.63×25 mm) C96, visually modified with a World War II-era German MG81 machine gun muzzle device and a Hensoldt & Wetzlar Ziel Dialyth 3X riflescope from the same era.

With it, Jerry runs the Kessel Run Drill in 0.8 seconds.

And for those who don’t have a C96 to mod, or the scrilla to put down on a film-used model, Myth Busters star Adam Savage painstakingly created a movie-quality replica in a day and documented the process so others could follow in his wake.