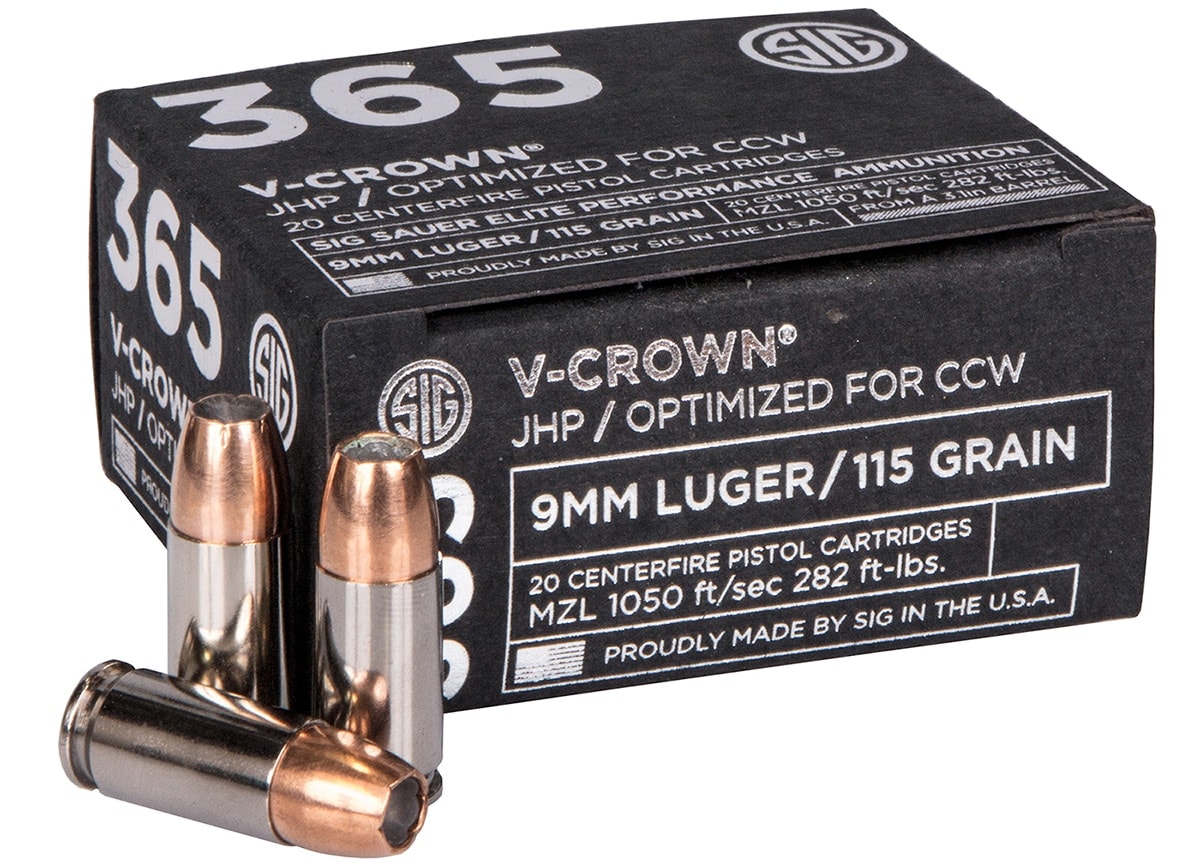 Created for use in short barrel, concealed carry pistols, the Sig 365 ammo utilizes low-flash, clean burning powders. Offered in both jacketed hollow point and full metal jacket configurations, the Sig FMJ round is designed to shoot like the company’s V-Crown JHP, with the same recoil, velocity and point of impact. The FMJ is constructed with a durable, copper jacketed bullets designed to stay with the leads on impact. 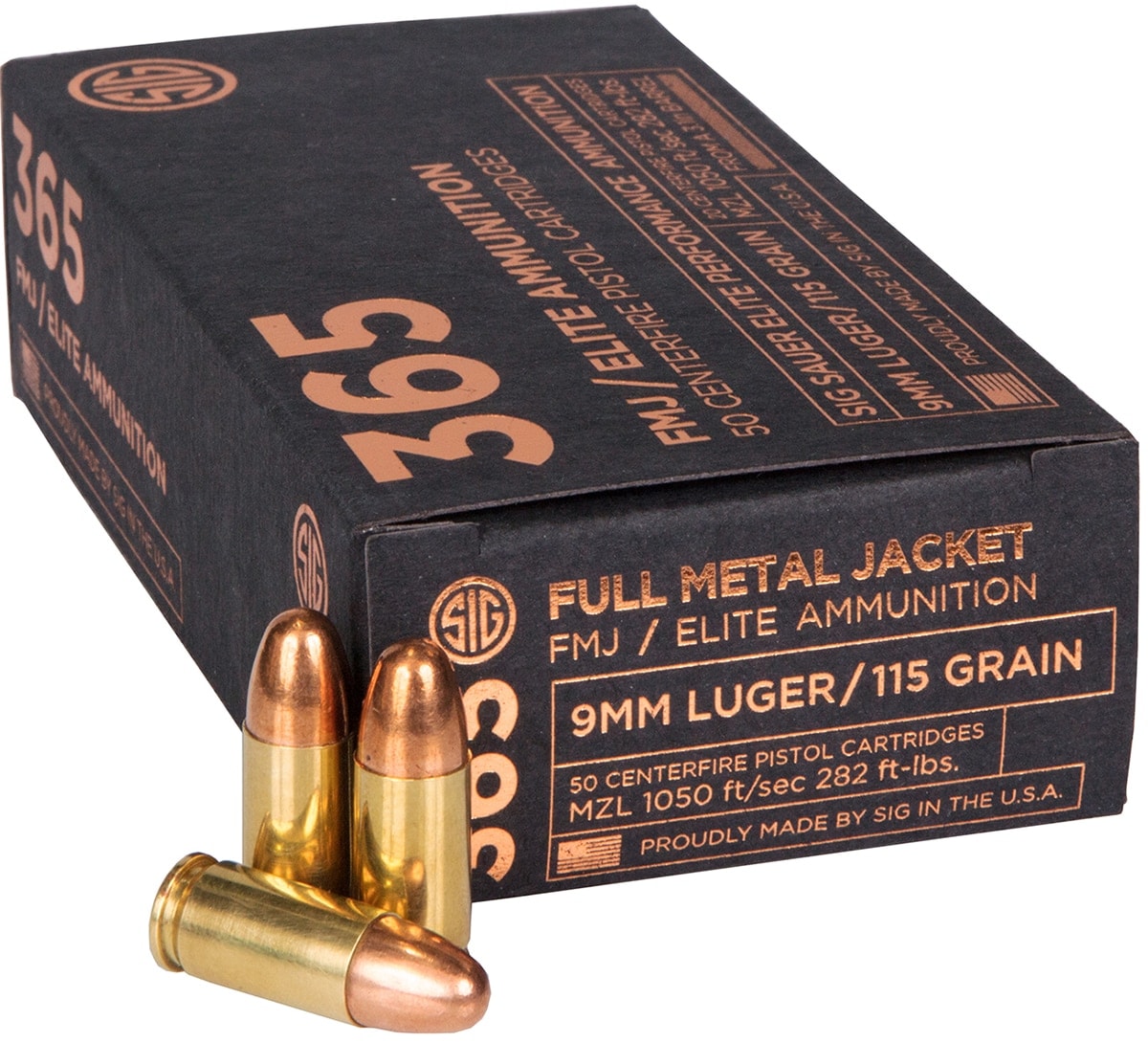 The FMJ uses a copper jacket and is designed to shoot like the V-Crown. (Photo: Sig Sauer)

The ammo meets the Federal Bureau of Investigation’s protocol test requirements and is manufactured to SAAMI specifications. The Sig 365 Elite Performance Ammunition is available from Sig with a price tag of $18 for a 50-round box of FMJ and $20 for a 20-round box of JHP.