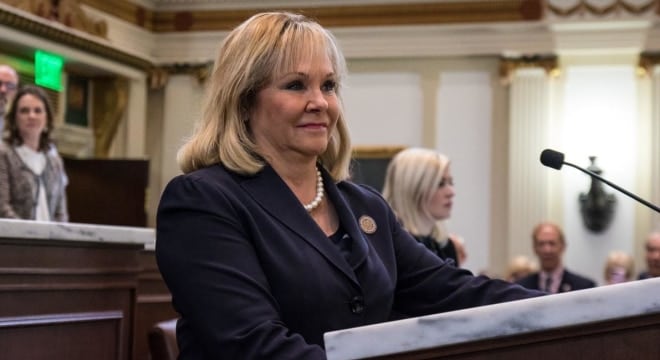 The legislature on Thursday approved a plan to allow the Second Amendment to be the default concealed carry authorization.

The measure, SB 1212, codifies that a concealed carry permit is not required for a law-abiding Oklahoma resident to carry a concealed handgun. The bill, popular with Republicans, swept the state House 59-28 last month before rolling through the Senate this week 33-9 on its way to Gov. Mary Fallin’s desk.

“I believe every Oklahoman has the right to self-defense without the burden of government approval. Constitutional Carry secures this right,” said state Sen. Nathan Dahm, R-Broken Arrow, sponsor of the bill.

The measure will allow those age 21 and older who are legally able to possess a firearm to carry one in public without a permit. An allowance for those over 18 who are in the military is incorporated into the language of the bill. Those carrying a firearm would have a duty to inform police that they are armed if stopped. It does not eliminate the state’s current concealed carry permitting scheme which, if Fallin signs the bill into law, would still be available. At least 11 other states have similar permitless carry laws on the books.

State Democrats, gun control advocates and the Oklahoma State Bureau of Investigation have concerns about the legislation, arguing that it would allow those who may have ordinarily been denied a permit the ability to carry a firearm. As such, they are calling on Fallin to veto the bill.

Second Amendment groups who support the move, to include the National Rifle Association, are urging members to contact Fallin and ask for her signature on the bill. A Republican who has been in office since 2010, she has rejected pro-gun bills in the past only to see them overturned by the legislature.