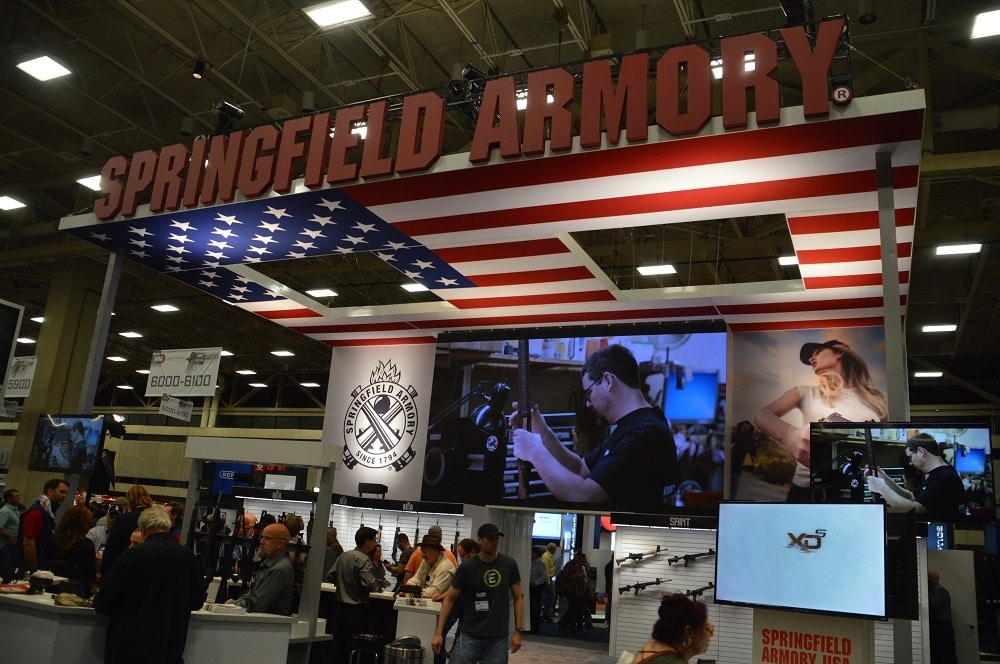 In the days leading up to the NRA Annual Meeting, Springfield introduced a .300 BLK AR pistol, Saint series SBRs and a pair of 10mm TRPs.

All of these the company had front and center at their booth in Dallas over the weekend. 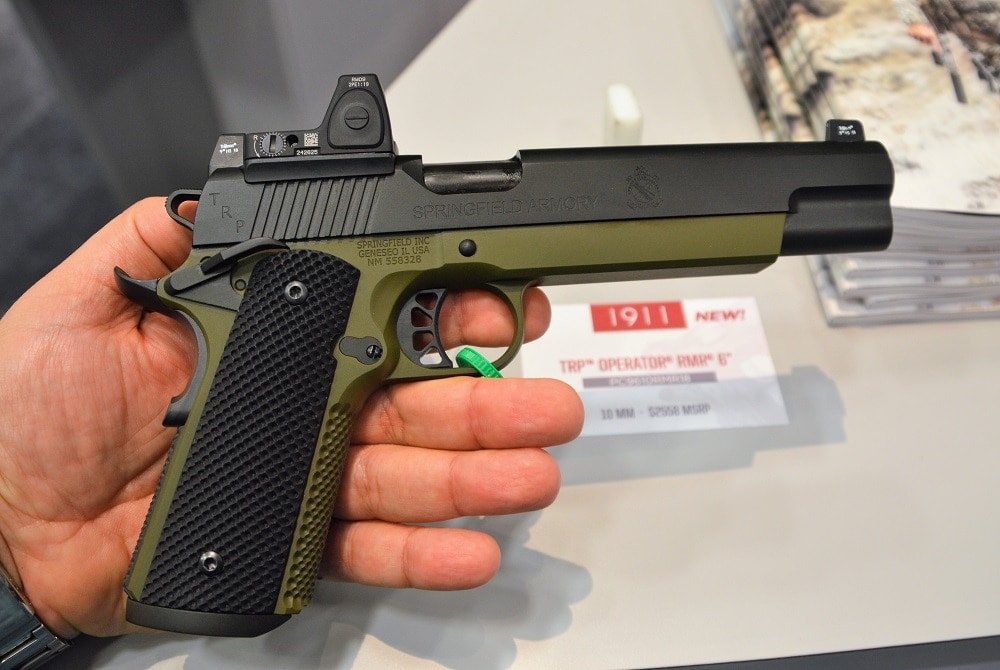 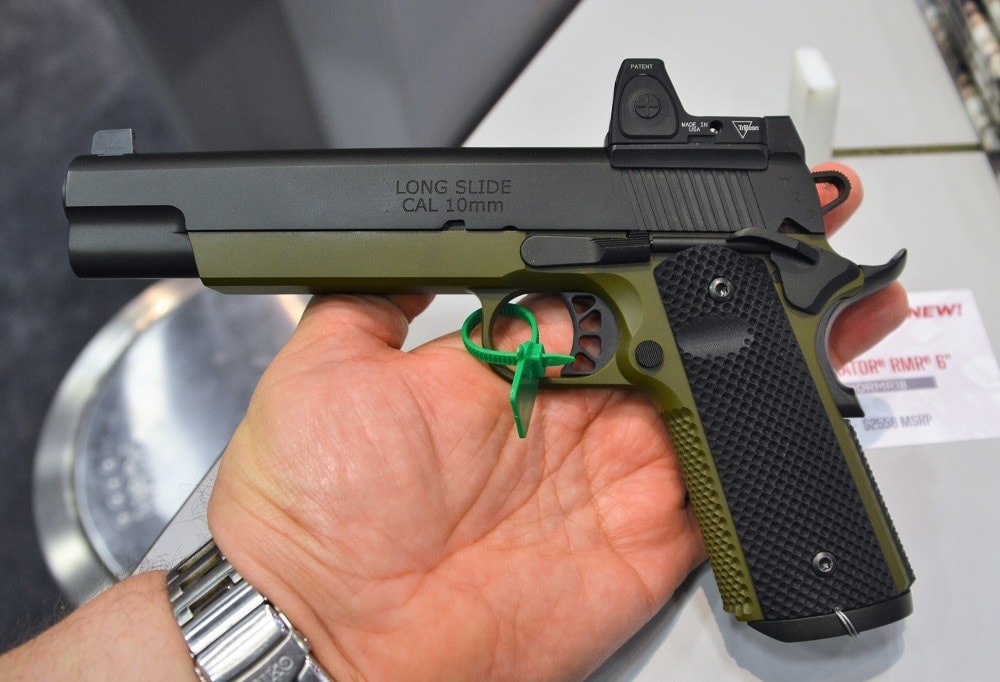 The gun has an OD-green finish on the frame and the slide, just in case you didn’t notice right away, has a “Long Slide” rollmark. Retail is $2,558. 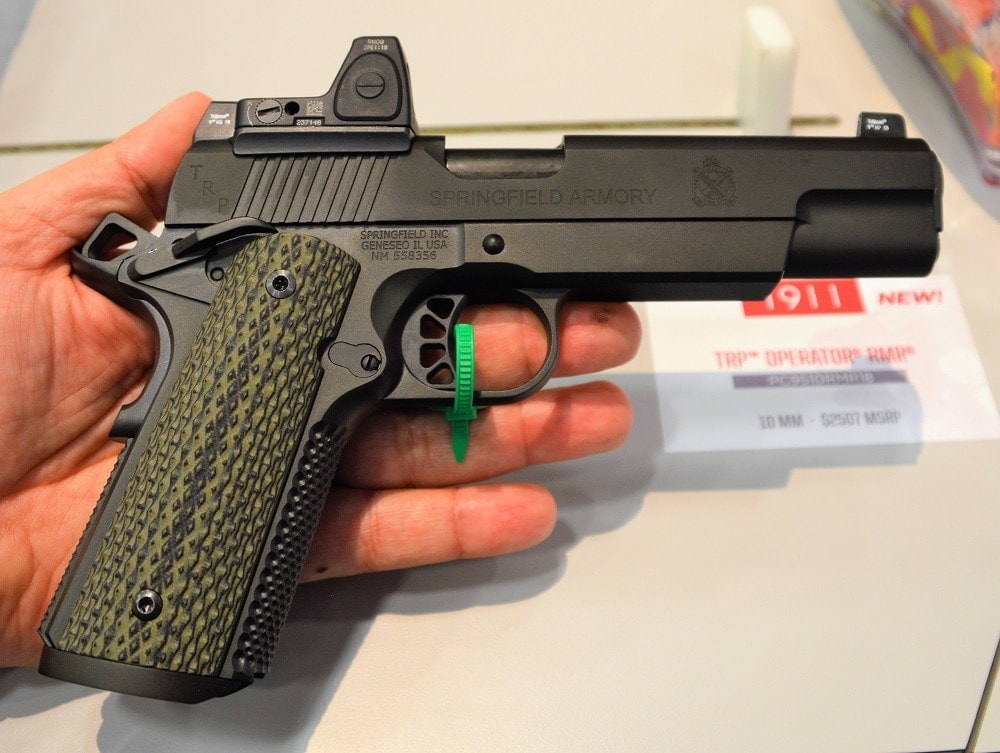 The 5-inch TRP goes 8.6-inches overall and tips the scales at a 44-ounces. 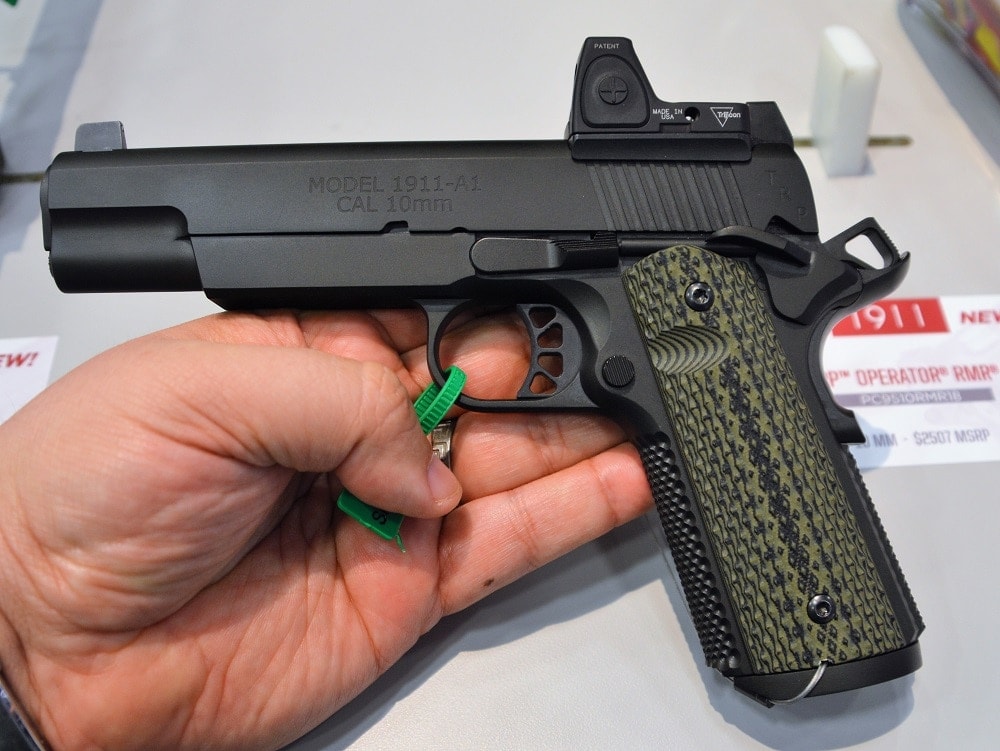 Springfield notes the extra mass in the reciprocating assembly and frame help tame the recoil impulse of the 10mm round. MSRP according to SA is $2,507.

The company’s Saint series of ARs keeps expanding with the announcement of a braced pistol in .300 AAC Blackout this week.

The new handgun, with a 9-inch barrel and SB Tactical SBX-K forearm brace, is billed by SA as compact and ideal in close-quarters. 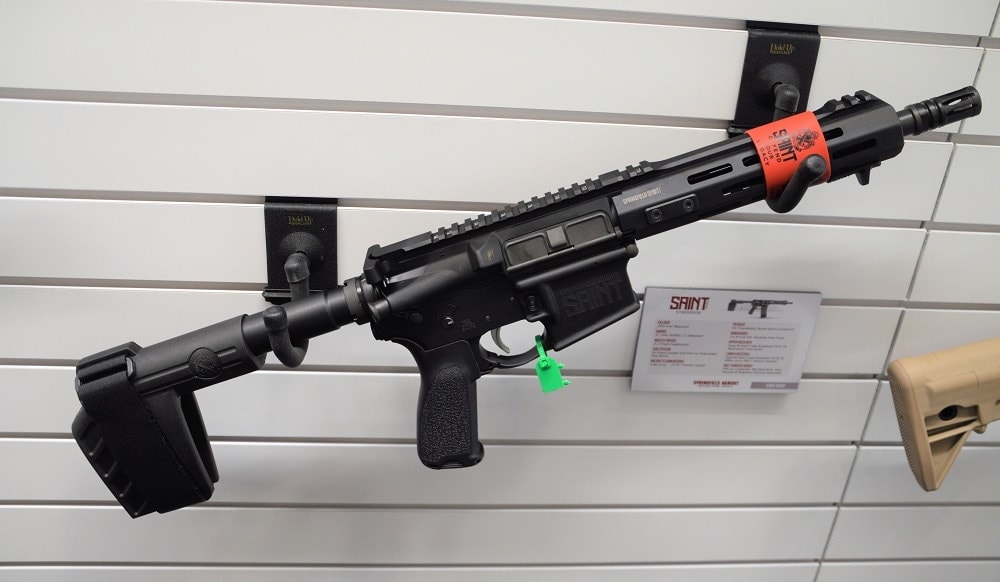 With a 7075 T6 upper and lower, the 5.9-pound pistol has a Bravo Company trigger guard and pistol grip along with a nickel boron coated GI-style single-stage trigger. Overall length with an A2 flash hider is 27.75-inches. Retail is $989.

Springer also debuted their Saint SBR and Saint Edge SBR officially on last week, with the former using a forged lower receiver, and the latter a lightened billet lower. Each has a free-float M-Lok compatible handguard and 7075 T6 aluminum flat top upper with a forward assist and M4 feed ramps as well as Bravo Company Gunfighter buttstocks and pistol grips. Overall length, due to the adjustable stock, runs between 27.5 and 30.75-inches while weight goes just over 5.5-pounds. 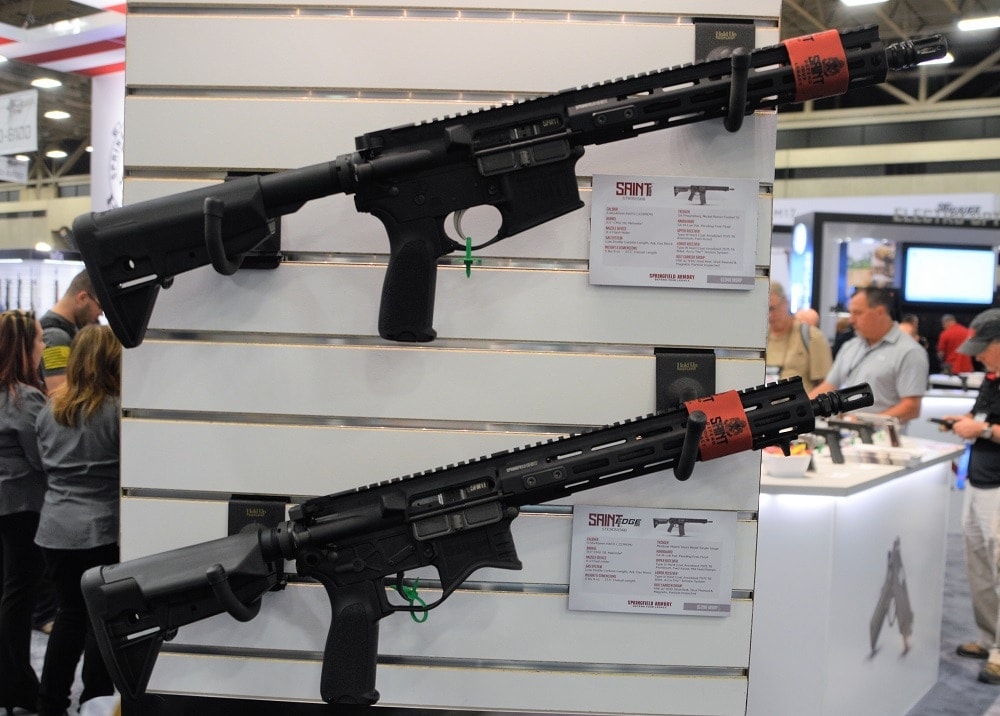 Suggested retail on the Saint SBR is $1,049 while the Edge SBR goes $1,299, NFA taxes not included. Each ship with a single Magpul Gen M3 PMAG. 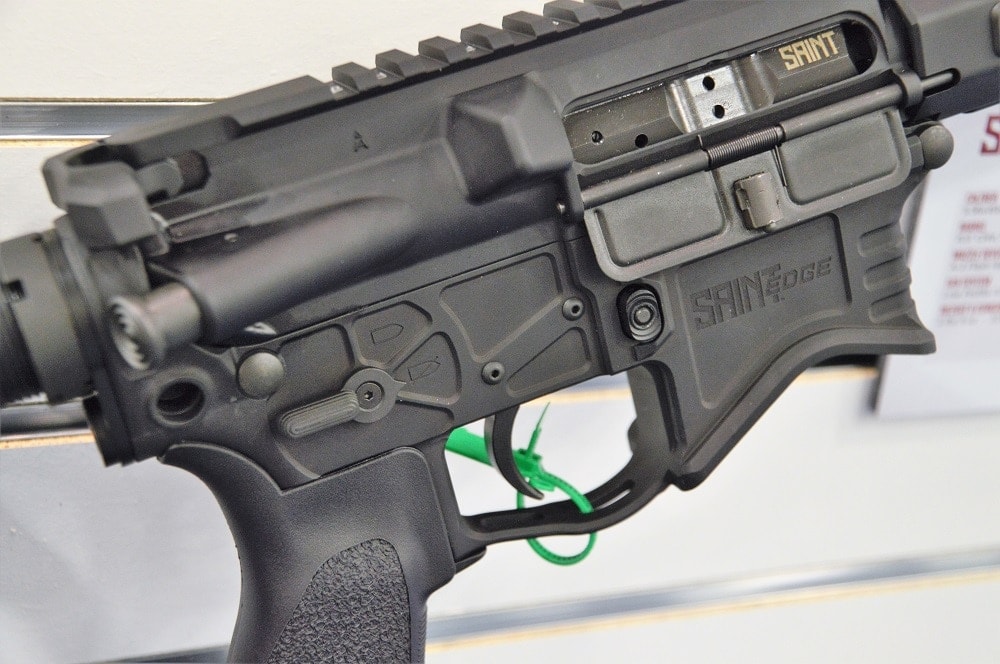 The most prominent visible difference between the pair is in the receiver, with the Saint Edge SBR having obvious lightening cuts to the lower.

In other news from Springfield, don’t expect any of these new guns to show up at Dick’s Sporting Goods any time soon.