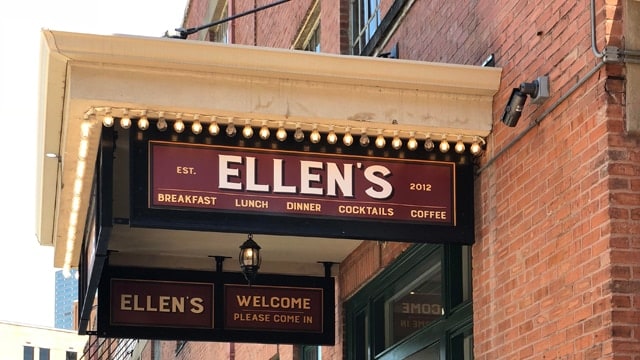 The NRA encouraged members to boycott Ellen’s over a message promoting gun control printed on the bottom of the restaurant’s receipt. (Photo: Christen Smith/Guns.com)

A restaurant in Dallas said the National Rifle Association misinterpreted a message printed at the bottom of its receipts appearing to support gun control.

Ellen’s, a diner in the city’s historic west end, indicated a portion of the restaurant’s proceeds over the weekend would support “reasonable and effective gun regulations,” prompting a boycott from the NRA.

Attn @AnnualMeetings attendees. Steer clear of Ellen’s in downtown Dallas! Why go there when there are so many other great choices. ?#sorrynotsorry #StandAndFight #DefendTheSecond pic.twitter.com/joX7pPoPm4

Some 87,000 NRA members descended on the city last weekend for the group’s annual meeting. Ellen’s Owner Joe Groves told Buzzfeed News he received death threats after the receipt went viral, with some callers threatening to burn the restaurant to the ground or “shoot it up.”

Guns.com could not reach Groves for comment, though the restaurant posted a lengthy Facebook message Friday clarifying its stance on the nation’s gun laws, insisting it supports the Second Amendment.

“With a limited number of characters available for that message, we simplified it to say we support ‘reasonable and effective gun regulations’ toward that end,” the message read. “What was not expected was that those two words — reasonable and effective — would be misinterpreted as our support for gun control. The mistake was an honest one. The opposite is true.” 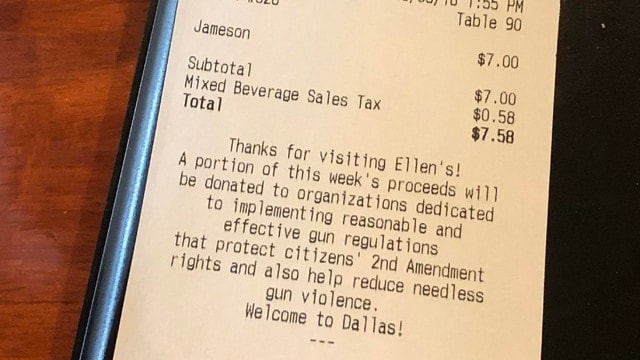 Guns.com received a receipt with the updated message on Saturday, May 5. (Photo: Christen Smith/Guns.com)

The restaurant said it stands behind the Constitution and — like the NRA — supports “finding solutions to the senseless killings,” believing the two issues remain “completely compatible.” The receipt was later amended to read “to implementing gun regulations that protect citizens’ Second Amendment rights and also help reduce needless gun violence.”

The NRA, however, shared a screenshot of Groves’s personal Facebook status from more than five weeks ago, in which he bashes the association and details his plans to donate restaurant proceeds to groups “reforming our nation’s gun laws.”

.@nytimes "…the owner and founder of Ellen’s, did not respond to a request for comment." The reason he is not responding is because he knows he was caught. Someone did research and found that over a month ago, the owner posted the following on Facebook. https://t.co/H85pvrkm6u pic.twitter.com/jGskowUMjk