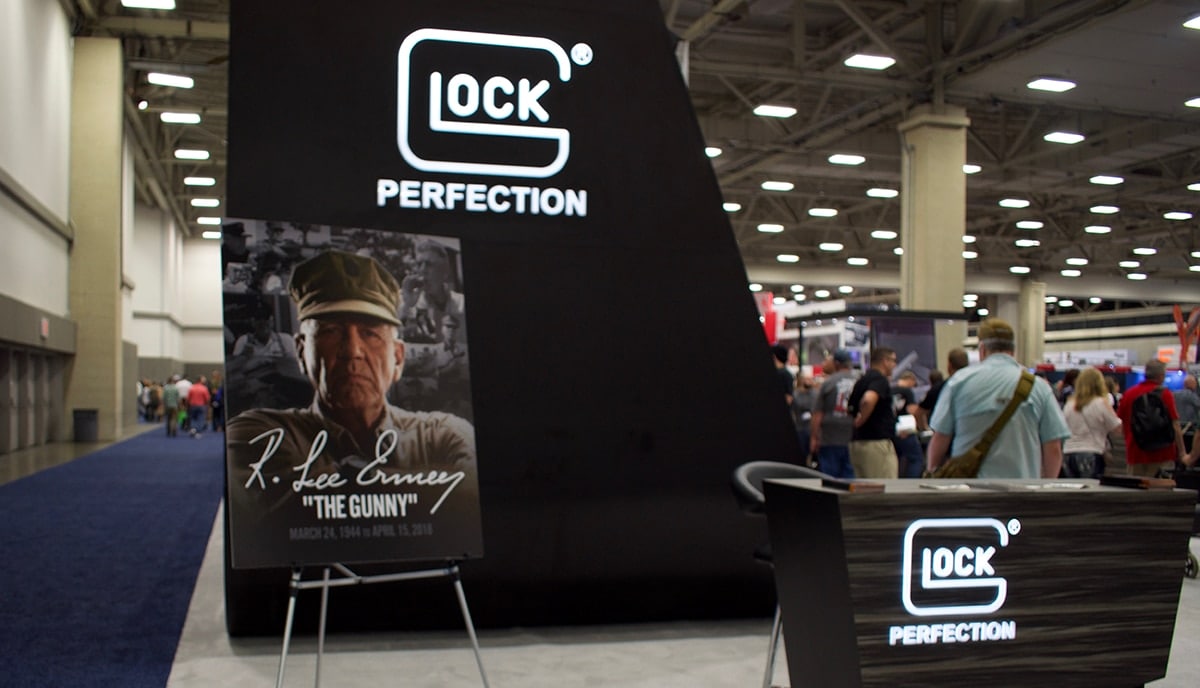 Glock paid homage to its long-term spokesperson, R. Lee Ermey, at the NRA Annual Meeting in Dallas. Ermey, best known as The Gunny, passed away at the age of 74 in mid-April. (Photo: Jacki Billings)

Though the floors of the NRA’s Annual Meeting brimmed with excited consumers vying to get a glimpse of their favorite products from much loved companies, there was a notable absence at this year’s event.

A staple at Glock’s booth during many shows in recent years, R. Lee Ermey, otherwise known as The Gunny, passed away in April due to complications from pneumonia. His invigorating presence was missed dearly by fans who often stood in line for an hour just for the chance to meet him.

Though the booth was quieter this year, devoid of Gunny’s usual booming voice, Glock did not forget the legend that boosted their brand for years. The gun maker erected a small memorial to the Marine veteran at their booth at the NRA Annual Meeting held in Dallas. Underneath a sign commemorating Ermey, fans left a sign and pictures alongside a candle to memorialize their favorite gun personality. 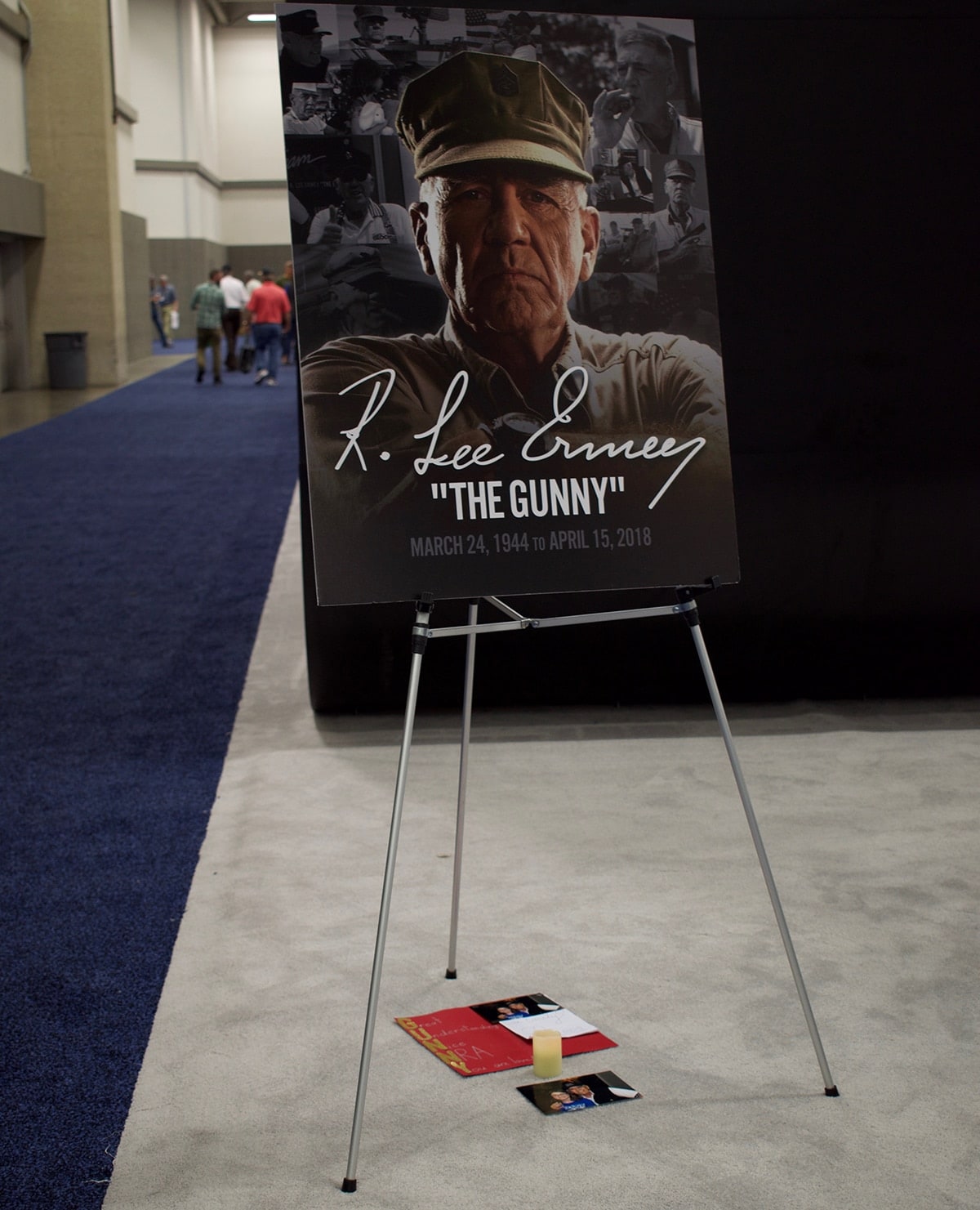 His infectious personality garnered him hosting spots on the History Channel’s Mail Call and Lock n’ Load shows as well as GunnyTime on the Outdoor Channel. A long time spokesperson for Glock, he appeared in several ads for the gun maker. Glock issued a statement on April 15, the day of Ermey’s passing, expressing grief over the loss of such an iconic figure.

“After 14 years of working together and many more years of friendship, we are deeply saddened by the sudden loss of our good friend, Gunny,” said Glock on social media. “He was an integral part of our family and he will be deeply missed. Semper Fi, Gunny.”

Kristin Joy Weiss, who was set to film videos with Gunny in the coming weeks, told Guns.com in April that Ermey was an upstanding citizen and a gentleman.