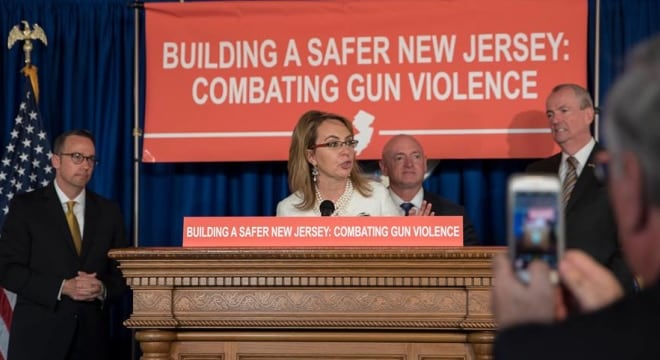 A big name lawyer and former legislative adviser was named Monday by Gov. Phil Murphy as the state’s point man for gun issues.

Murphy announced the appointment of Bill Castner as the new post of Senior Advisor to the Governor on Firearms, a role that will bring him into a key role in the newly formed States for Gun Safety coalition and in pending gun control legislation.

“Bill Castner will play an active role in enhancing the coalition and will help our administration to advance new common-sense gun measures and potential avenues for legal challenges to stop the scourge of gun violence,” said Murphy, a Democrat who campaigned last year on an agenda that included a strong anti-gun platform. “Leading the force for gun violence protection to build safer communities and protect families at the state level is of the utmost importance, and I am confident that Bill will generate ideas and solutions that will save lives.”

In public service, Castner, a Rutgers law grad, previously served as counsel to the New Jersey General Assembly, the state’s redistricting commission, and to Democrat Gov. Jon S. Corzine during which he “served a lead role in the passage of New Jersey’s one-gun-a-month law,” as noted by Murphy’s office.

Giffords was on hand at the announcement in the Garden State this week, saying she was “excited to partner with Gov. Murphy and Bill Castner to make sure New Jersey continues to be a national leader on gun safety. This is a model that will show others how we can take the fight against gun violence to the next level.”

The States for Gun Safety coalition was formed by Murphy along with Govs. Andrew Cuomo of New York, Dannel Malloy of Connecticut, and Gina Raimondo of Rhode Island in February. Among the aims of the coalition is to establish a multi-state background check database, trace and intercept guns across state lines, and contribute to combined research into an “epidemic” of gun violence as a public health concern. The group last month went on to stand up the Regional Gun Violence Research Consortium, staffed with sometimes-controversial researchers and pundits, many of which have voiced support for a variety of gun control measures.