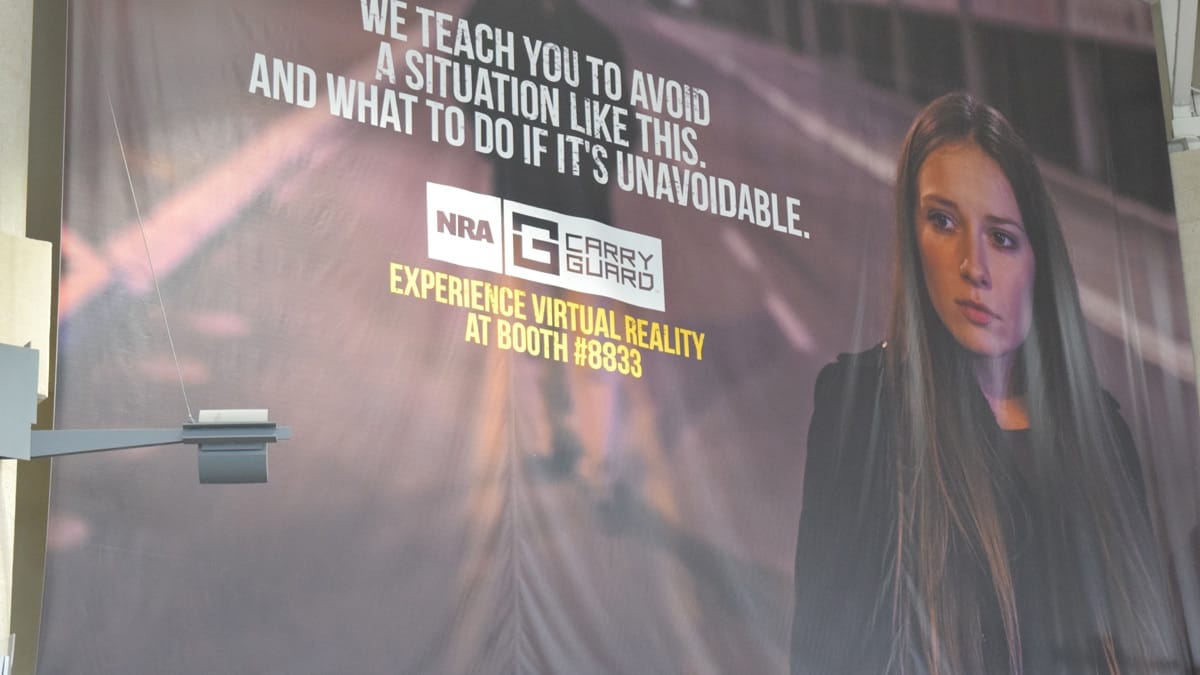 A sign promoting NRA Carry Guard insurance on display at the organization’s annual convention May 4-6, 2018 in Dallas. (Photo: Daniel Terrill/Guns.com)

New York regulators found that the self-defense insurance program offered by the National Rifle Association unlawfully provided liability insurance in the state, according to Monday’s announcement.

Chubb Ltd. and its subsidiary, Illinois Union Insurance Company, entered into a decent decree with the state’s Department of Financial Services in which the company agreed to pay a $1.3 million fine and refrain from providing policies that cover legal fees in cases where the policyholder faces criminal charges.

Also, Illinois Union must notify New York policyholders that their Carry Guard polices have been canceled within 90 days of the notice date and return premiums.

The NRA markets Carry Guard as providing coverage for policyholders who are charged with a crime after a claimed self-defense shooting. However, defense coverage in a criminal proceeding is not permitted by New York law, according to the decent decree.

Last week, on the day before the NRA kicked off its annual convention, the state announced an agreement between Carry Guard underwriter Lockton Affinity for also violating state law. The company agreed to pay a $7 million fine and other similar arrangements as Chubb. Quickly following the decision, however, the NRA filed suit against Lockton, alleging breach of contract.

Yet, both companies said they already cut ties with the NRA following a school shooting in Parkland, Florida in February. They clarified that the decision was unrelated to the growing public backlash against the gun lobby.

The NRA released Carry Guard policies during last year’s annual convention. In fact, the business venture — that offered high-priced firearms training and products as well as the policies — served as the highlight of the event.