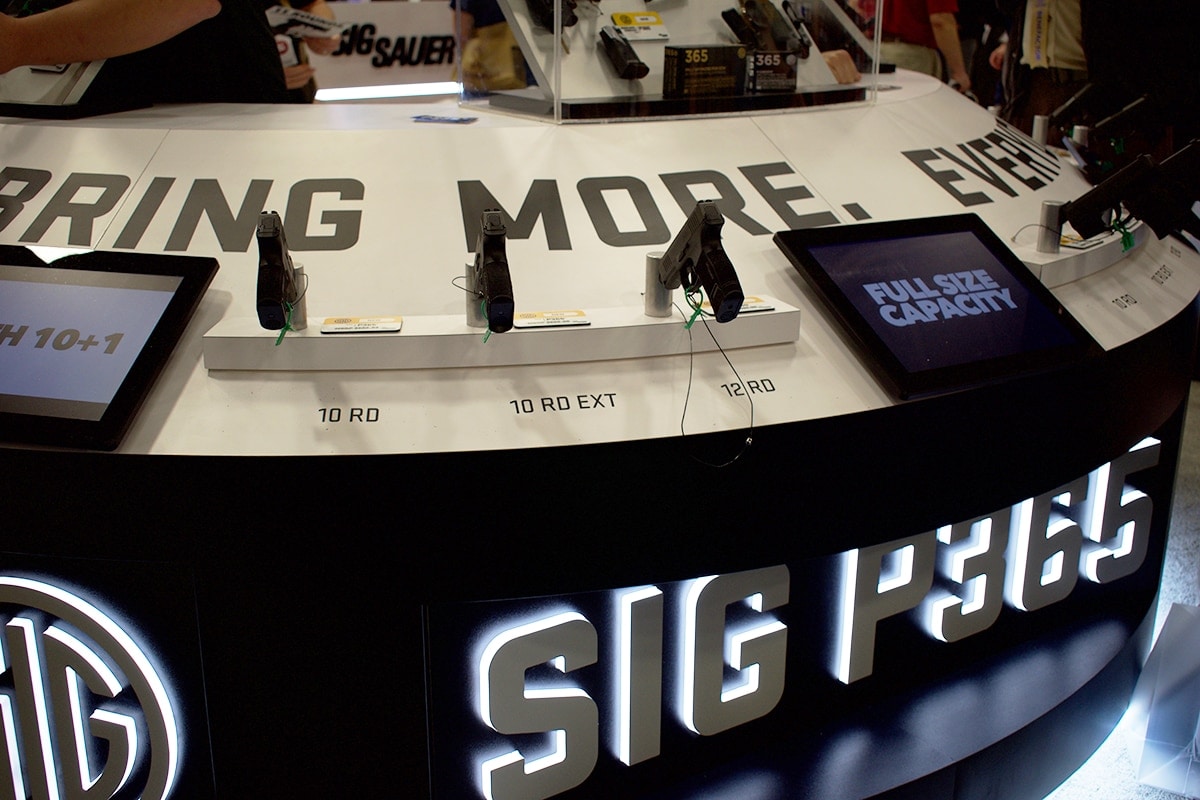 A row of Sig P365 pistols on display at the NRA Annual Meeting. (Photo: Jacki Billings)

Sig Sauer’s P365 was one of the hot ticket, must see items on the floors of the NRA’s Annual Meeting in Dallas last week. Drawing bustling crowds that stood shoulder to shoulder to see the latest concealed carry inspired pistol, Sig Sauer’s booth teemed with consumers interested in the ergonomically designed 9mm handgun.

The gun maker said the pistol’s popularity at the show took them by a bit of surprise.

The P365 made its debut in January at SHOT Show held in Las Vegas.  However, NRA-AM was the first time most consumers were able to lay eyes and hands on the new gun. Struder said the reaction has been overwhelmingly positive with gun owners applauding the company for the P365’s innovative design.

“There was a huge gap in the market and we wanted to fill it with a better product,” Strader said. “People are very excited to get more features in a small, shootable package.”

Patrons to Sig Sauer’s booths remarked to Guns.com that the gun’s small size, but mighty capacity instantly made it a must see stop on the NRA-AM show floor. The Sig P365 is a striker-fired 9mm measuring 1-inch wide, 5.8-inches long and weighing 17.8-ounces unloaded. The P365 sports a 3-inch barrel and offers an impressive 10+1 capacity (or 12-rounds with the extended mag). Sig designed the P365 for easy takedown, with no trigger pull required. Touting rounded edges specifically designed for concealed carry and easier drawing, the P365 looks to fill that niche for gun owners who want a low-profile concealable pistol but don’t want the added weight of extra mags on the belt.

Guns.com recently reviewed the Sig P365. Check out our take below: