Golob, Liptak among new faces on NRA Board of Directors 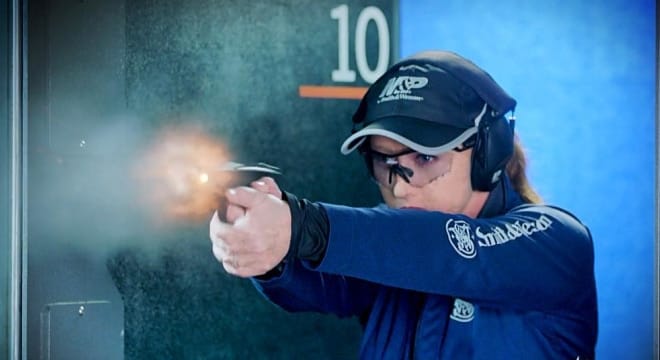 Julie Golob is a champion pistol shooter for Team Smith & Wesson and has long been involved in the NRA Women program. (Photo: NRA)

Among the 26 people sworn in to serve new terms on the National Rifle Association’s board over the weekend was IPSC champion Julie Golob and Magpul exec Duane Liptak.

The results were announced by the NRA election committee chair at the gun rights group’s 147th Annual Meeting held last week in Dallas.

Golob, an Army veteran with over 130 titles to her name including taking the Lady Classic gold at last year’s IPSC Handgun World Shoot, is well-known in the competition community. Liptak, a Marine combat veteran, was instrumental in Magpul’s efforts to advocate against a series of gun control measures in Colorado that saw the company he is the executive vice president of move to more pro-gun states.

Other members new to the board are Gunsite Rangemaster Il Ling New, Pursue the Wild star Kristy Titus and Lois & Clark actor Dean Cain who is an avid gun enthusiast. The addition of Golob, Titus, and New, coupled with the election of six-time Olympian Kim Rhode to a full three-year term, bring several high-profile women involved in the shooting sports to the board.

Of the group elected as a whole, most were long-term members who have served on the board for years and included such recognizable gun culture icons as Ronnie Barrett of Barrett Firearms and Soldier of Fortune founder Col. Robert K. Brown.

Among those on the ballot who failed to gain enough votes for a spot on the board were longtime and often polarising member Grover Norquist who was running for reelection and Pennsylvania attorney Adam Kraut.

What a day!!! Sworn in and ready to serve millions of freedom loving Americans! My first day as a board member certainly wasn’t a boring one. A big thank you to all who made me feel welcome and thank all our members once again for the opportunity. I have a lot of reading and learning to do. Right now though I’m most excited for munchkin hugs tomorrow. #allinoneday #2a #nraam #nraam2018 #grateful