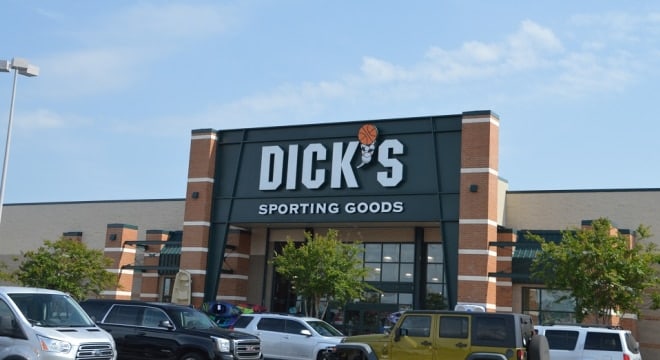 MKS, one of the largest U.S. gun makers by volume, announced Tuesday that they will no longer work with the retailer. (Photo: Chris Eger/Guns.com)

Ohio-based MKS, whose products include Hi-Point Firearms and Inland M1911s, have announced they won’t sell to Dick’s and their affiliates on Second Amendment grounds.

MKS said the recent move by Dick’s to hire a government affairs group for the purpose of gun control lobbying, coupled with the big box retailer’s past choices to destroy their existing inventory of AR-15s and refuse firearm sales to those under age 21 put the two companies at odds when it came to the right to keep and bear arms.

“In recent months, Dick’s Sporting Goods and its subsidiary, Field & Stream, have shown themselves, in our opinion, to be no friend of Americans’ Second Amendment,” said Charles Brown, MKS president. “We believe that refusing to sell long guns to adults under age 21, while many young adults in our military are not similarly restricted, is wrong. We believe that villainizing modern sporting rifles in response to pressure from uninformed, anti-gun voices is wrong. We believe that hiring lobbyists to oppose American citizens’ freedoms secured by the Second Amendment is wrong.”

Founded in 1992, Hi-Point specializes in economical handguns and pistol caliber carbines while Inland, launched in 2014, produces a series of classic military firearms including variants of the M1911 pistol and M1 Carbine. According to federal regulators, MKS’s Ohio production partners — Haskell Manufacturing, Iberia Firearms, and Strassells Machine — produced 147,400 handguns and 58,600 rifles in 2016, making it one of the largest gun makers in the country by volume.

The public snub from MKS comes just a week after Illinois-based Springfield Armory issued a similar declaration and the National Shooting Sports Foundation– the trade group for the gun industry — expelled Dick’s from their organization.