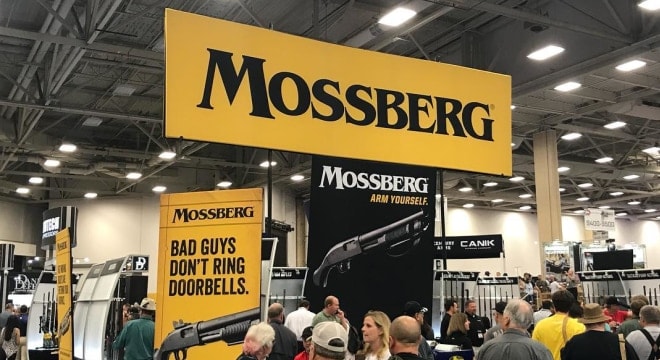 Mossberg is moving to join other firearms makers in ending their association with Dick’s Sporting Goods. (Photo: Mossberg)

The hits keep coming to Dick’s as iconic shotgun and rifle maker Mossberg publicly moved to cut ties with the controversial retailer on Wednesday.

The country’s oldest family-owned firearms manufacturer issued a statement terminating their relationship with Dick’s over news of the company’s recent hiring of gun control lobbyists in Washington. Effective immediately, Mossberg says they will not accept any future orders from Dick’s or their Field & Stream affiliates, and is evaluating current contracts.

“It has come to our attention that Dick’s Sporting Goods recently hired lobbyists on Capitol Hill to promote additional gun control,” said A. Iver Mossberg, the company’s CEO. “Make no mistake, Mossberg is a staunch supporter of the U.S. Constitution and our Second Amendment rights, and we fully disagree with Dick’s Sporting Goods’ recent anti-Second Amendment actions.”

Mossberg and their Maverick Arms subsidary make up a big slice of Dick’s regular firearm offerings.

As of Thursday, Dick’s listed nearly a dozen Mossberg/Maverick-branded products for sale in their catalog including Model 88, 500 and 535 shotguns and Plinkster .22LR rifles. Mossberg firearms also regularly appear in the retailer’s weekly circular, especially during hunting seasons. Dick’s Field & Stream outlets have an even larger selection, with more than 30 Mossberg items listed including MVP and Patriot series bolt-action rifles priced as high as $1,699.

Founded in 1919 and offering their Brownie pistol to a hungry market, Mossberg has grown to become a household name. According to federal regulators, the company produced no less than 140,924 rifles and 367,542 shotguns in their Connecticut and Texas factories in 2016.

Dick’s, who has opted so far this year to destroy their existing inventory of AR-15s and refuse firearm sales to those under age 21, has since been embraced by gun control champions at the price of rapidly becoming a pariah in the firearms business. The National Shooting Sports Foundation, the trade organization for the gun industry, has expelled the retailer from their ranks while both MKS and Springfield Armory have cut ties with the company in recent weeks.