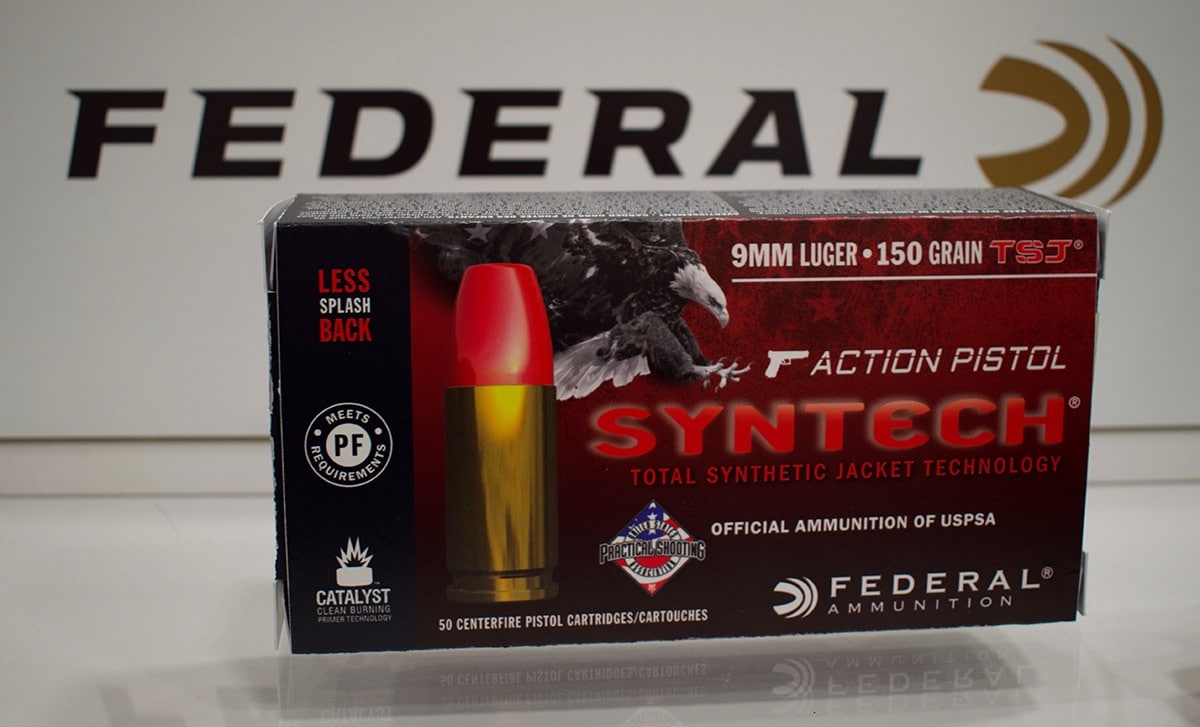 “Shooters who compete at the highest levels need ammunition built for the demands of their discipline,” Federal Premium said in a press release. “Syntech Action Pistol is specifically designed for the action shooting sports.”

The ammo boasts the exclusive Total Synthetic Jacket, or TSJ. The TSJ prevents metal-on-metal contact between the bullet and barrel, therefore eliminating copper and lead foul. Additional, the TSJ reduces heat and friction that can damage the barrel.

The Action Pistol series offers clean-burning powders as well as a Catalyst lead-free primer designed for softer shooting and reliable performance. The ammo is offered in three models — 9mm Luger for $18, .40 S&W for $24 and .45 ACP for $30. Federal says the new Syntech ammo for Action Pistol Competition shooters is currently on its way to dealers and distributors.