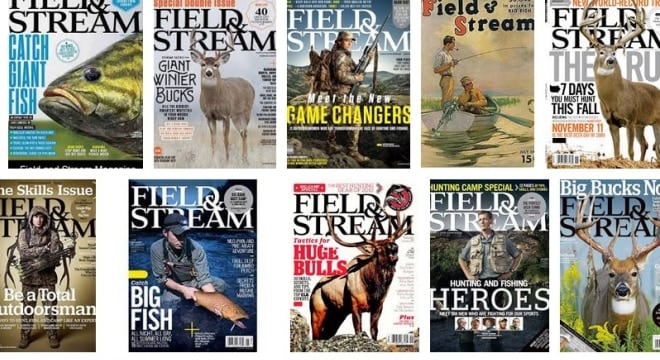 “Just to be clear: Field & Stream is NOT affiliated with the retailer Field and Stream Shops or Dick’s Sporting Goods,” notes the media brand as often as possible in the past few months. (Photo: Screenshot)

The iconic outdoors magazine is clear on the fact they are not associated with the controversial big box sporting goods retailer that uses the same name.

Those who go to Field & Stream magazine’s social media accounts will find the same reoccurring response to those who ask if they are in some way tied to Dick’s Sporting Goods’ subsidiary chain of Field & Stream stores and its branded products. In short, and all caps, the answer is “NO.”

“We understand how that could be confusing for many, but it is the truth,” says the media company in an official statement issued in February that they frequently refer the curious to. “The two brands are owned by different companies and are in no way related.”

Founded in 1895, Field & Stream magazine has long graced news racks, workbenches, gun store shelves and waiting room tables around the country. Owned at various periods by CBS and Time, the publication was sold to the Swedish-owned Bonnier Group in 2007 who operate about 40 magazines including Outdoor Life and Popular Science. With a current print circulation of just over 1 million, Field & Stream has more subscription-based readers than Forbes, GQ, or Wired.

Meanwhile, Dick’s has used the Field & Stream trademark registered under their American Sports Licensing sister corporation since at least 2011 for their line of in-house products and since 2013 for their chain of 35 branded retail outlets. In recent weeks the sporting goods big box chain has found themselves under fire from the gun industry, firearms makers and Second Amendment supporters for Dick’s corporate policies that have included barring firearm sales to those under 21, hiring Beltway lobbyists for gun control purposes, and first pulling then later destroying their inventory of certain semi-automatic rifles.

Just to be clear: Field & Stream (the media brand behind this account) is NOT affiliated with the retailer Field and Stream Shops (@FieldStreamShop) or Dick's Sporting Goods (@DICKS) You can read our full statement here: https://t.co/zMIJOQJyrN

Just to be clear: Field & Stream (the media brand behind this account) is NOT affiliated with the retail store Field and Stream Shops (@fieldstreamshop) or Dick’s Sporting Goods (@dickssportinggoods). You can read our full statement in the link in our bio. (?: Wikimedia Commons)