TSA: New record number of guns found in one day 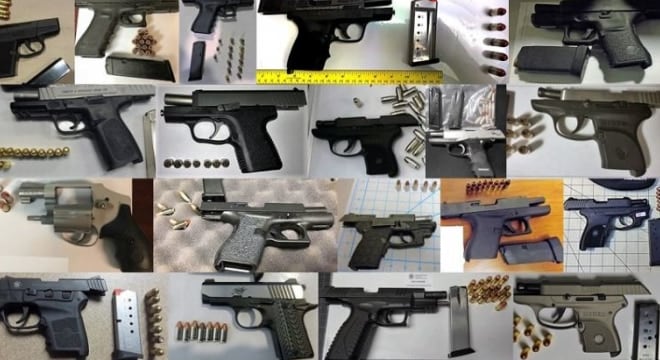 TSA discovered 90 firearms in carry-ons at their checkpoints last week including 26 on May 3 alone– a one-day record for the agency. (Photos: TSA)

The Transportation Security Administration announced last week the 2017 single-day record for the number of firearms discovered in carry-on bags across the country has been broken.

TSA screeners found 26 guns in travelers’ bags on May 3, breaking the standing record of 21 set last March. In all, the agency tasked with protecting mass transport in the nation found 90 firearms last week as well as a several inert “pineapple” style fragmentaton grenades and a variety of knives and edged weapons. The guns were recovered at 15 airports across the country and 21 were found to be loaded. Atlanta Hartsfield and Houston George Bush Intercontinental Airport were tied in first place with four handguns recovered at each on the day in question.

Of the 90 guns collected in the first week of the month, 73 were loaded and 35 had a round in the chamber.

The agency suggests travelers brush up on the proper way to travel with firearms and cautions to never pack ammunition or any gun parts in carry-on luggage, with a $13,000 civil fine looming for those discovered with prohibited items. 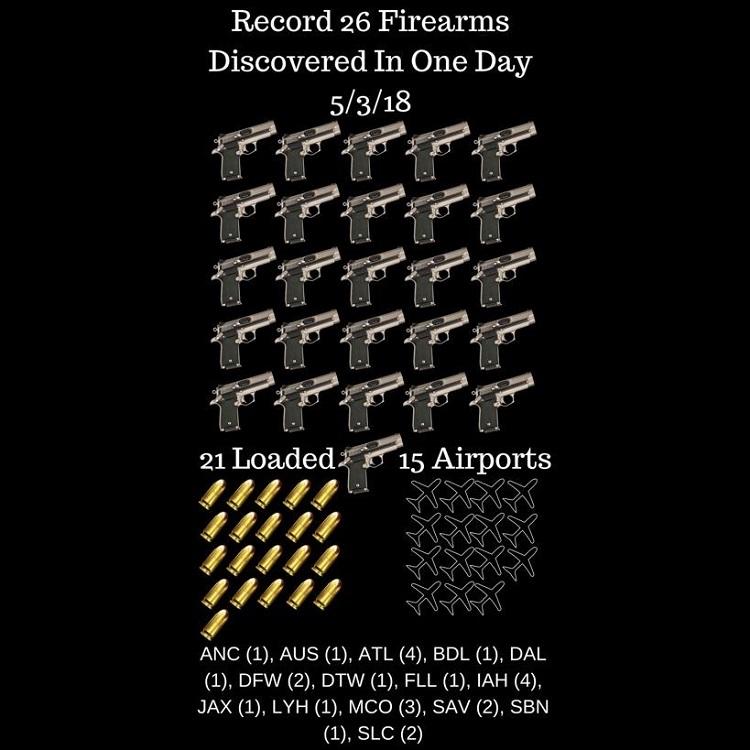