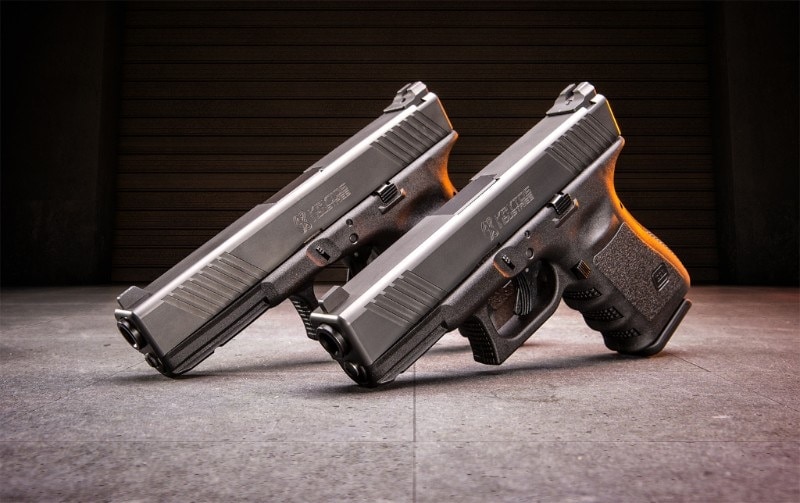 The patented finishing process, ArmorTi, permits titanium to be used for various applications to include handgun slides and frames. Krytos said previously this was not possible due to galling and other friction related problems associated with titanium.

ArmorTi uses a precisely controlled, forced diffusion in order to harden titanium surfaces. The result is a black finish that is durable and adheres to the strength and integrity of titanium. The ArmorTi process, which has been tested extensively according to Krytos, allows shooters to completely replaced Glock handgun slides with a lighter, more attractive Titanium version. Weight is reduced by 25 percent or more while still adhering to Glock’s notorious performance.

“A factory Glock 19 (Gen 3) slide weighs 11.5-ounces while Krytos’s G19 slide weighs in at a mere 6.4-ounces,” Krytos said in a press release. “Further, all participants involved in testing reported that the increase in felt recoil was negligible, but did state that sight recovery on target was dramatically faster (this was attributed to increased slide velocity and reduced slide mass resulting in less ‘muzzle dip’ upon returning to battery).”

Offering ArmorTi handgun slides for the Glock 17 and 19, both offered with optional cuts for Trijicon TMT, Krytos also announced titanium guide rods for the G17 and G19 as well as bolt carriers for the AR-15 and AR-10 platforms.

“This is an exciting time for our young company,” said the company’s President, Ben Cook. “ArmorTi has consistently amazed us with what it allows titanium to do and we truly believe it will change the face of material design considerations in the firearms industry and many others.”