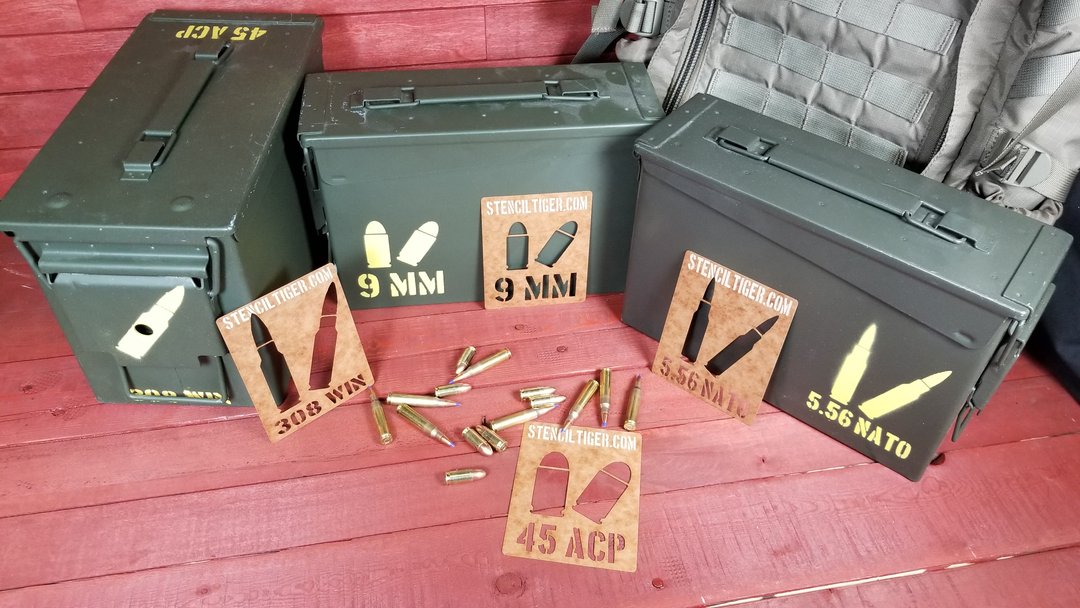 StencilTiger adds new stencils to its line, announcing new ammunition caliber identifiers to ensure users never forget what ammo is in the can.

The bullet caliber stencil set includes 9mm, .45 ACP, 5.56 and .308 ammo spray paint stencils. With sprayed measurements of 3.25 x 3-inches, the stencils aim to save gun owners time by allowing them to quickly verify which ammo is stored in which ammo can.

Though the caliber stencils are relatively new to StencilTiger’s inventory, the company already has a large inventory of gun-related stencils. From generic to sarcastic and everything in between, StencilTiger is ready to offer a splash of pizzazz to ammunition crates, cans and even AR-15 magazines. 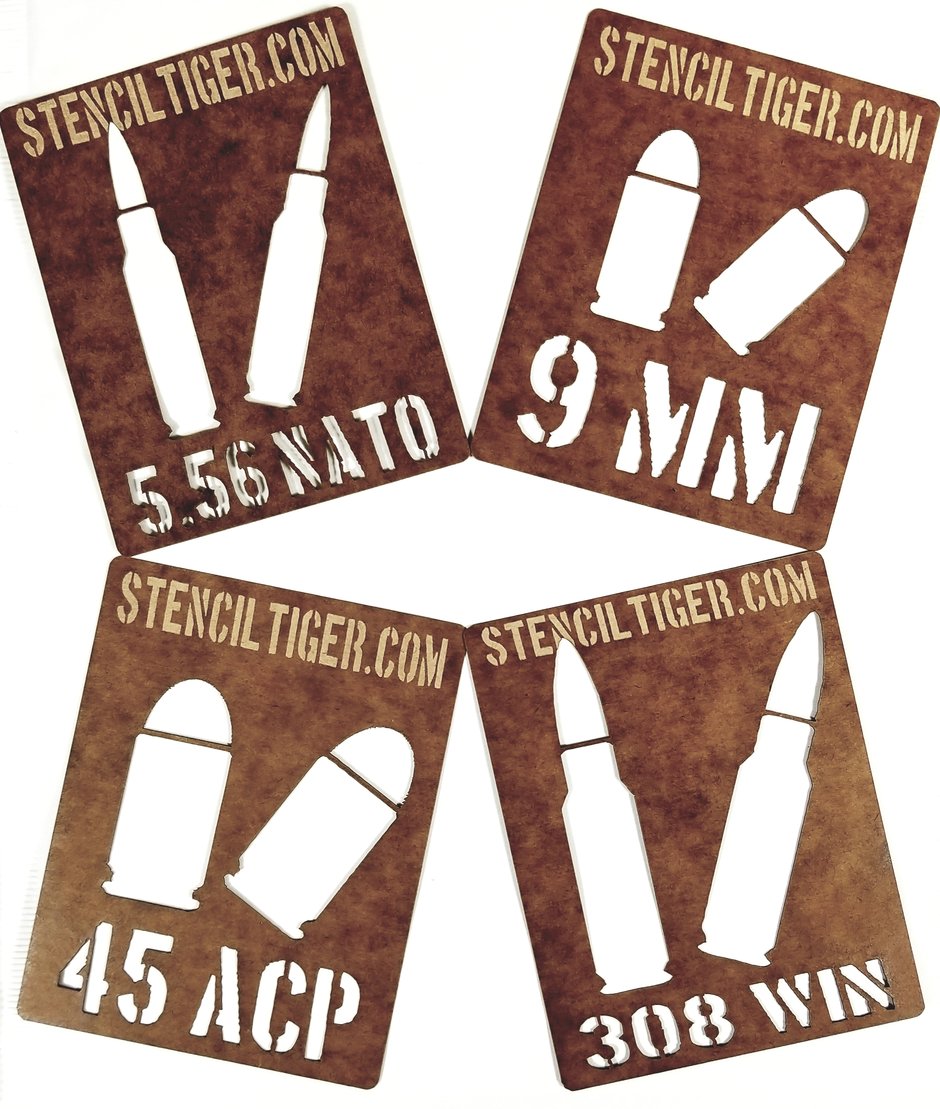 “New to the Stencil Tiger lineup are these recently released line of stencils with ammunition caliber identifiers so you can stencil your ammo cans… Or your mom’s minivan, it’s cool either way,” the company told Soldier Systems. “Stencil Tiger also sells an entire line of stencils to fit AR-15 magazines and any other real estate you want to fill up with movie quotes, military humor, or general time wasting shenanigans.”

The caliber identifier stencils are available through StencilTiger, priced at $17.99.