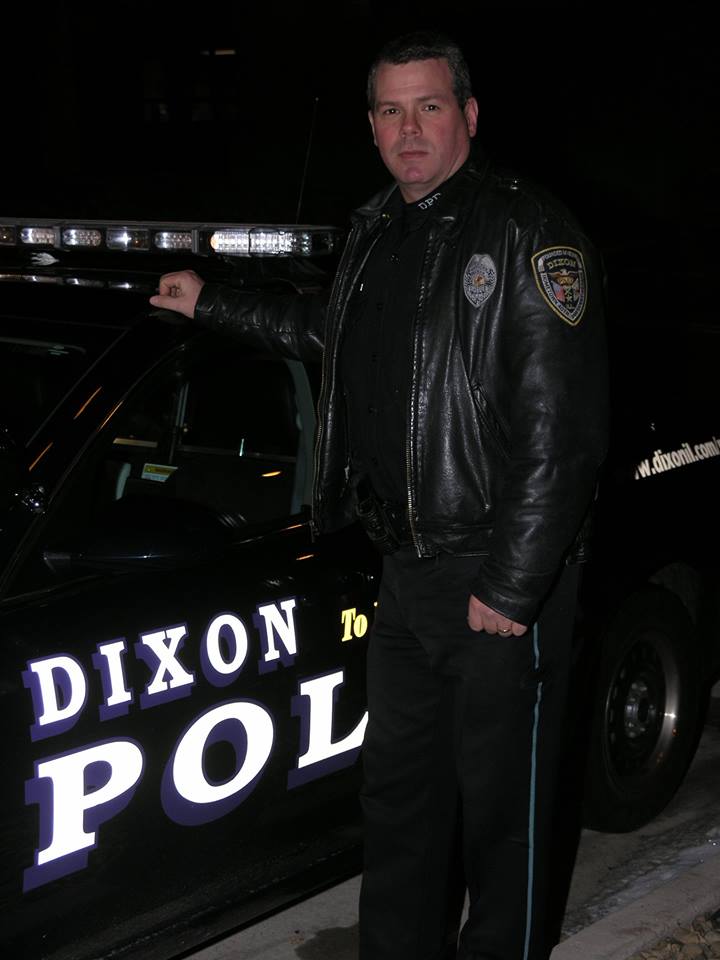 A school resource officer in Lee County, Illinois hailed a hero for taking down an armed intruder said he empathizes with other parents who sent their kids to Dixon High School Wednesday morning.

Officer Mark Dallas, a 24-year law enforcement veteran, said Thursday he remains “humbled by the tremendous outpouring of support,” but prefers the labels of “police officer,” “husband” and “Dad” most of all.

“Mark’s own son was among those assembled in the gymnasium for graduation rehearsal yesterday morning,” said James Mertes, Dallas’s attorney, in a prepared statement Thursday. “He understands, first hand, the grave fears of parents who sent their children to school yesterday, believing them to be safe. With his actions, he has safely returned those students to their anxious parents.”

The Dixon Police Department said Thursday the gunman — identified as 19-year-old Matthew Milby — was transported to Lee County Jail after spending 24 hours recovering from injuries sustained during a gun fight with Dallas.

Police Chief Steve Howell said Dallas confronted Milby just after 8 a.m. on Wednesday inside Dixon High School. Milby fled on foot, shooting at Dallas as he followed behind. The officer returned fire, striking the gunman and sending him to the hospital with non-lethal injuries.

“I could not be more proud of the police officer and the way he responded to the situation,” Howell said. “With shots ringing through the hallways of the school, he charged toward the suspect and confronted him head on. Because of his heroic actions, countless lives were saved. We are forever indebted to him for his service and his bravery.”

Illinois State Police investigators said Thursday Milby used his mother’s 9mm semiautomatic rifle in the attack, though its unclear how he gained access to the firearm. He faces three counts of aggravated discharge of a firearm and awaits arraignment scheduled for Friday morning. No one else was wounded during the incident, law enforcement said.

“Somewhere, in the midst of the chaos, a lesson might be heard: our world truly can be changed when we refuse to hide from adversity but instead run toward it,” Mertes said. “Officer Mark Dallas ran into a hail of bullets. He did so to save the lives of the students and staff he was sworn to protect.”

Dallas joined the Dixon Police Department 15 years ago and began serving as a school resource officer in 2013. He requested privacy and will make no further statements until the investigation is complete.

“Mark’s obligation to serve the law did not stop at the end of his watch yesterday” Mertes said. “He must now follow the proper procedures that necessarily arise after this incident.”