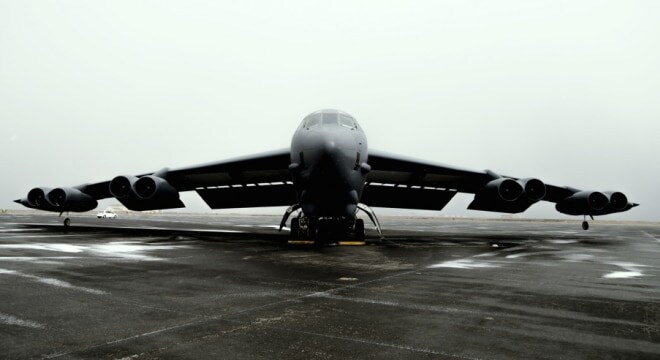 An Air Force base in North Dakota is looking for some lost ordnance that has gone missing in the past few weeks.

The Air Force Office of Special Investigations is on the case of a box of 40mm ammunition for a Mk 19 automatic grenade launcher as well as an M240 general purpose machine gun discovered missing from Minot Air Force Base. The 32 grenades reportedly fell off a Humvee in a training area west of Parshall on May 1 and could not be found while the 7.62x51mm machine gun was discovered missing during a standard weapons inventory on May 16.

AFOSI is offering a $5,000 reward for information regarding the return of the grenades, which are “stable if unaltered” but could be dangerous if tampered with, as reported by Lt. Col. Jamie Humphries, chief of Public Affairs for the base.

Minot is part of the Air Force Global Strike Command and houses two main units: the 5th Bomber Wing which flies the famous B-52H Stratofortress, and the 91st Missile Wing which maintains 150 Minuteman III ICBMs in underground silos dispersed across the northwest part of the state.

News of the vanished weapons triggered a broadside from military satire site The Duffleblog, who mused that one of the giant 37-ton nuclear-tipped missiles had also somehow disappeared.

“It was just here,” said Lt. Jenna Singleton, a fictional missileer quoted in the parody. “Where the hell could this thing go?” 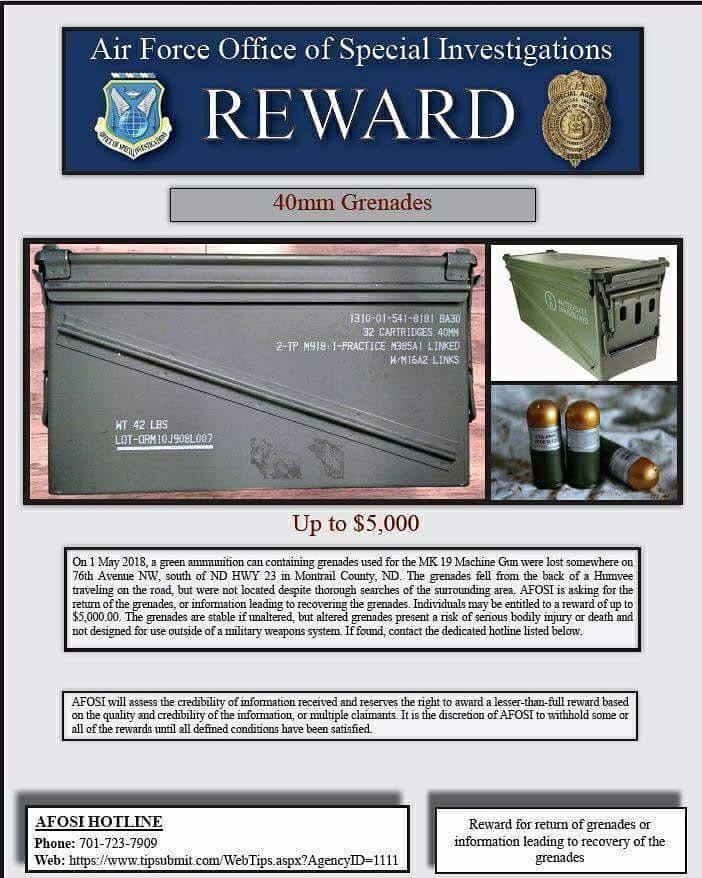