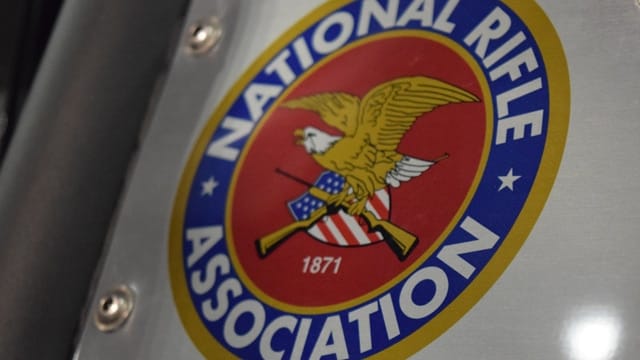 A serious NRA bumper sticker slapped onto the side of a jeep at SHOT Show 2018 in Las Vegas. (Photo: Daniel Terrill/Guns.com)

The National Rifle Association opted to stay a lawsuit challenging age restrictions for gun buying in Florida instead of revealing the identities of its plaintiffs. With the case in limbo, the NRA appealed the court’s ruling denying the organization from using pseudonyms for the two 19-year-old NRA members serving as plaintiffs in the case.

“NRA is unwilling to sacrifice these young adults to the perverted filth, hatred and threats of violence from gun ban supporters,” said Marion Hammer, head of the NRA’s Florida affiliate and former NRA president, in a statement. “We must stand up for the First Amendment right to protect the Second Amendment in court without being exposed to hate and violence from gun ban supporters.”

Although the judge overseeing the case expressed sympathy for the NRA’s reasoning — plaintiffs facing ridicule on the Internet for their political beliefs — he explained the NRA’s request to use fictitious names lacked precedent. Federal law permits using pseudonyms in cases deemed sensitive and the plaintiff faces reputational or economic risk.

Florida lawmakers set restrictions for gun buyers under the age of 21 in response to a 19-year-old gunman with an AR-15 rifle entering a high school in Parkland, Florida, in February and murdering 17 people and injuring 15 others. The measure applies the same age restrictions for buying a handgun to buying a long gun.

A student-led movement pressured lawmakers to pass gun control measures, but the activism also spurred resistance. Some political opponents — including conservative public figures and politicians — pushed back against student leaders by propagating a series of falsehoods, name calling and character attacks.

However, gun rights advocates raised concerns of their own, saying students taking a pro-gun stance received less attention in the media and faced consequences for doing it. Parkland student Kyle Kashuv, who has been hailed by the NRA for his vocal support for the Second Amendment, was criticized and even interviewed by police in April after posting a picture of himself with an AR-15 at a gun range.

The NRA had until May 21 to refile the complaint without the pseudonyms. But, with the case stayed in a Tallahassee federal court, the NRA’s appeal is pending in the U.S. District Court of Appeals in the Eleventh Circuit.