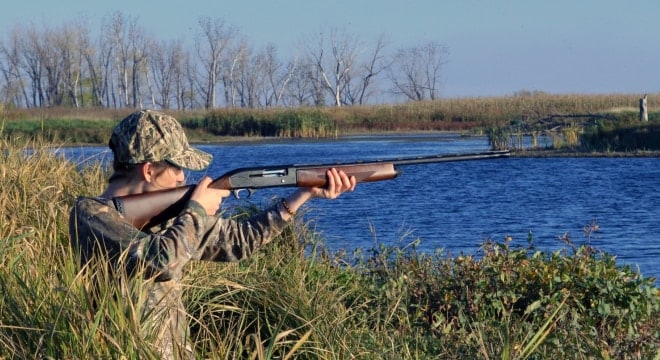 In all some 248,000 acres of federal land could be see expanded opportunities to sportsmen (Photo: USFWS)

The U.S. Fish and Wildlife Service on Monday announced a proposal to expand hunting and fishing at national wildlife refuges in 22 states.

Among the changes, which would increase access to 248,000 acres of federal lands for sportsmen, would be to open Montana’s Swan River National Wildlife Refuge to big game hunting for the first time and Pennsylvania’s John Heinz National Wildlife Refuge to white-tailed deer hunting for the first time. Secretary of the Interior Ryan Zinke made the announcement this week, stressing the country’s hunting and fishing heritage.

“As stewards of our public lands, Interior is committed to opening access wherever possible for hunting and fishing so that more families have the opportunity to pass down this American heritage,” said Zinke. “These 30 refuges will provide incredible opportunities for American sportsmen and women across the country to access the land and connect with wildlife.”

Michigan’s Shiawassee National Wildlife Refuge, Minnesota’s Glacial Ridge and Wisconsin’s Trempealeau refuge would be opened to certain gamebird and small game species for the first time. Those seeking Eurasian-collared dove and Gambel’s quail could find both in New Mexico’s Sevilleta National Wildlife Refuge if the proposal is accepted. Likewise, moose hunters could expand their operations to two facilities in North Dakota — the J. Clark Salyer and Lostwood NWRs. Ohio’s Cedar Point and Ottawa refuges may be opened for the first time for some game including deer.

The National Rifle Association welcomed the news, seeing the expansion as helping to grow the number of hunters.

“Sec. Zinke and I both grew up hunting and fishing and want to ensure that our children and grandchildren have those same outdoor opportunities,” said Chris Cox, chief of the group’s lobbying arm. “Our young people need to get out in nature more and unplug from the digital world. Sec. Zinke’s effort to open up more of our public lands for outdoor recreation will benefit not only our youth but all Americans for generations to come.”

According to USFWS surveys and data, some 103 million Americans, or 41 percent of the United States’ population, pursued wildlife-related recreation to the tune of some $156 billion in 2016. These included an estimated 32 million target shooters and 11.5 million hunters.

Founded in 1903 by President Theodore Roosevelt, there are some 560 refuges in the National Wildlife Refuge System – a network of lands set aside and managed by USFWS specifically for wildlife. Hunting within guidelines under Zinke’s plan would expand to 377 of those units.

USFWS will accept public comments on the proposed rule for 30 days, beginning with publication in the Federal Register in coming days.