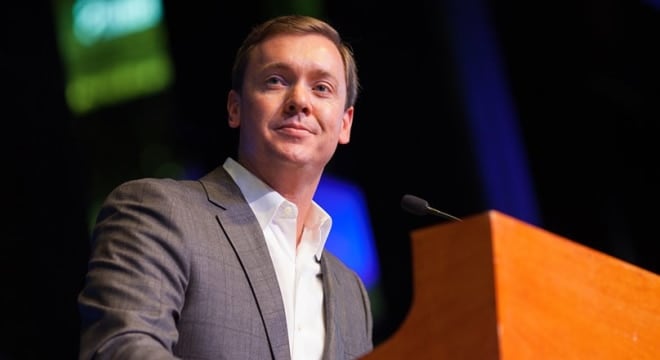 Cox, executive director of the NRA’s Institute for Legislative Action, has seen his home and family targeted by anti-gun groups. (Photo: NRA)

Patricia Hill, a researcher at the University of Nebraska-Lincoln, was hit with a $500 fine on Monday for vandalizing Chris Cox’s Virginia home.

Cox, head of the National Rifle Association’s lobbying arm, the Institute for Legislative Action, had fake blood sprayed on the stairs of his home in Alexandria. Hill, arrested by Alexandria Police in January for the incident, was seen by a security guard spraying a “red, gel-like substance,” on the steps, The Washington Post reported.

“The motive here is that Mr. Cox works for the NRA; she doesn’t like that. That’s fine. She can exercise her First Amendment right,” said Assistant Commonwealth’s Attorney Maana Parcham, going on to say Hill crossed the line by committing vandalism.

Hill is a research assistant professor in UNL’s sociology department and a member of the gun control group Nebraskans Against Gun Violence, The Omaha World-Herald reported. The protest group stood by her in a statement released Monday calling Cox the “architect of America’s gun proliferation.”

The Nebraska group is separate from another organization, The Gun Melt, which has picketed Cox’s wife’s place of business and NRA headquarters with flyers and signs featuring photos of child shooting victims. However, one of the latter’s founder’s is Amanda Gailey, who is also a UNL professor. The Betsy Riot, an anti-gun shock group that has in the past garnered headlines for their grisly tactics, has also singled Cox in their efforts.

“Mr. and Mrs. Cox have been targeted over the past few months by repeated acts of criminal and unlawful conduct, including having their home vandalized on two occasions,” Cox’s attorney, Elizabeth Locke, said. “These coordinated tactics have crossed the line of civility and human decency.”