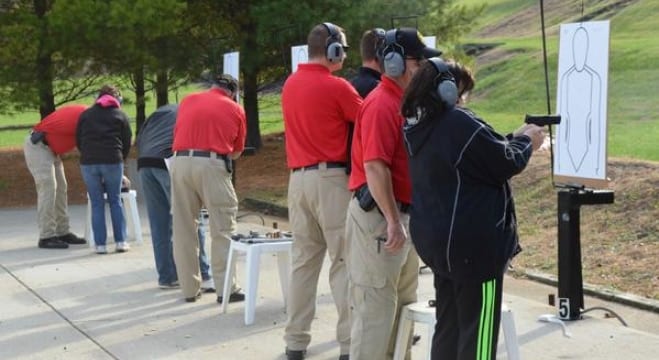 Hamilton County Sheriff Jim Neil is being sued in his official capacity after his office refused to waive the permit fees for two men applying for their license to carry a concealed handgun, which requires a $67 fee and eight hours of training. (Photo: HCSO)

Two men in the Buckeye State have filed a federal lawsuit over Ohio’s concealed carry laws, arguing it tramples on constitutional rights.

Plaintiffs Jeff Daly and Chris Jarvis filed their action Monday against Hamilton County Sheriff Jim Neil, the area prosecutor, and the commander of the local Ohio State Highway Patrol post over the state’s licensing process and fees and a law that prohibits the use of a firearm from a motor vehicle. The men argue the latter would open them to criminal charges in a self-defense encounter while in a vehicle and the former places illegal fees and conditions on the right to bear arms.

According to the office of Ohio Attorney General Mike DeWine, last year alone county sheriffs issued 77,281 new licenses and 54,064 renewals. However, most have to pay to play. While fees are waived for current and retired law enforcement officers and members of the armed forces are exempt from obtaining a permit, those who do not qualify have to fork over an initial $67 fee and show proof of eight hours of training. This, argues the plaintiffs, is unequal and wrong.

To show cause, both men attempted to get a free permit through Neil’s office on May 16 and were rejected, which they argue is a violation of the Second and 14th Amendments. In addition, Jarvis, who is disabled and wheelchair bound but has been assaulted and thrown from his chair on several occasions by criminals, sought to have the fee waived because he is indigent and on limited social security benefits. This was also denied.

Both men, citing fears of prosecution and arrest for breaking the challenged laws, chose not to carry firearms for self-defense, a facet their attorneys present as denying their Second Amendment rights.

The lawsuit seeks to strike Ohio’s permit fee system and rules against the use of a firearm in a vehicle as unconstitutional, in addition to costs and attorney fees.