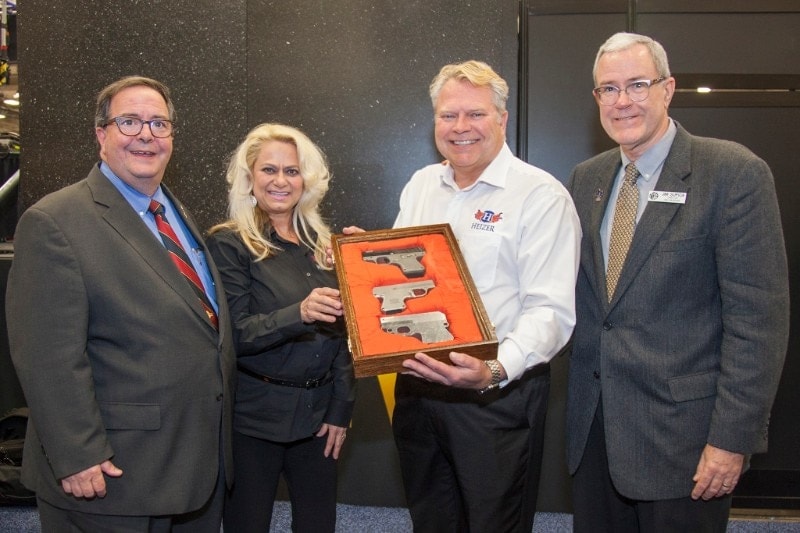 Gun maker Heizer Defense donated three PKO-45 pistols to the NRA Museum to show the progression of the PKO design. 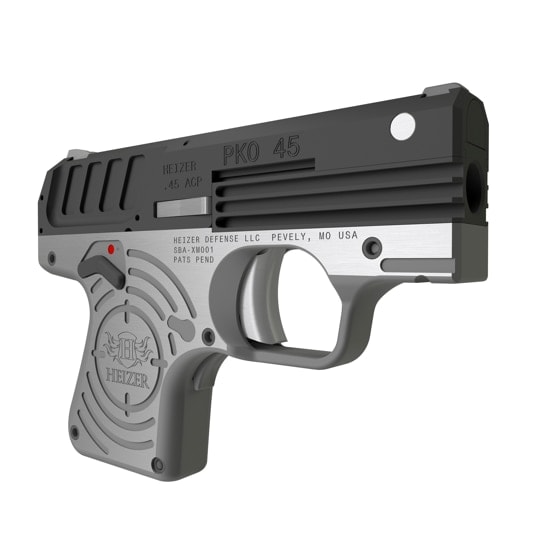 “We were very excited to share the PKO-45’s journey and history with the NRA Museum,” Eric Polkis of Heizer Defense said in a news release. “These pieces of Heizer history will now be on display for enthusiasts and fans to enjoy.”

The PKO-45, or Pocket 45, boasts a slim semi-auto style chambered in .45 ACP. Constructed from US stainless steel and titanium variants, the PKO-45 offers a 5+1 capacity with flush magazine and a 7+1 capacity with the extended mag. The gun touts a unique barrel under the guide rod configuration that the company says reduces recoil on the user end. The PKO-45 is currently shipping with a MSRP starting at $899.