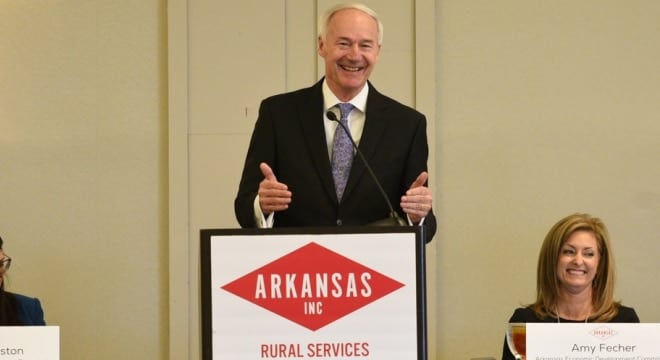 Morgan, who catapulted to national attention in 2014 after she declared her gun range a “Muslim-free” zone, had launched a campaign against the one-term Hutchinson but in the end it was the incumbent who walked away with 70 percent of the vote, with 145,251 casting to keep the current Governor for another term, and 63,009 supporting Morgan. Hutchinson, who was endorsed by President Trump and had a war chest of over $1.8 million going into the primary, refused to debate Morgan on the issues leading up to the vote.

“There are two foundational things that are important whenever you decide to debate. One, can you be truthful about the facts? My opponent in the primary race has demonstrated she has no regard for the truth about facts. So it’s hard to have a debate under those circumstances,” Hutchinson told Arkansas Public Radio.

In speaking to the Second Amendment, the former head of the National Rifle Association’s school security task force in the wake of the 2012 Sandy Hook shooting in Newtown, Connecticut argues he has a strong gun rights record to include signing Arkansas’s current enhanced concealed carry into law.

Morgan, describing herself “the 1st Lady of the 2nd Amendment” on her campaign page, has been an ardent supporter of constitutional carry in the state as well as other gun rights expansions she characterized Hutchinson as weak on. With a reported campaign treasury of $15,881 as of March 31, the controversial gun store owner said earning nearly a third of the vote was a “great show of support for a newcomer to the political arena,” and that she intends to “build this conservative base and keep our Governor and Legislators in check.”

Hutchinson will take on Democrat Jared Henderson in November.