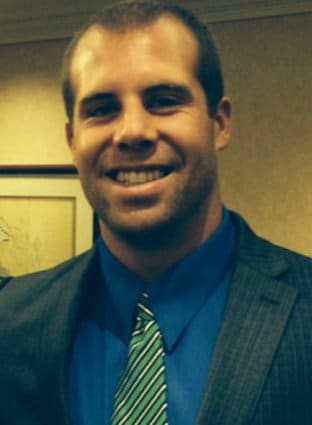 A seventh-grade science teacher and football coach tackled and disarmed a school shooter last week in Noblesville, Indiana — about 28 miles north of Indianapolis.

The Noblesville Police Department said 29-year-old Jason Seaman received minor injuries after swatting two handguns away from a student who opened fire in his classroom shortly after 9 a.m. Thursday, striking a 13-year-old girl. Identities of the victim and shooter have been withheld by police at this time.

An anonymous student described his teacher as a “hero” in an interview with local media, insisting his brave actions saved many lives.

“He took about four to five, maybe six shots, one of them hitting a girl that was about ten feet from me,” the student told WXIN. “Mr. Seaman started running at him … he tackled him to the ground, we were all hiding in the back of a classroom behind some desks, then he was yelling to call 911 to get out of the building as fast as we could, so we ran down the stairs and just ran down here, we ran down the sidewalk into Prairie Crossing.”

Students at Noblesville West Middle School didn’t return to school with the rest of the district’s students Tuesday as the investigation into last week’s shooting continues.

In hopes of making it a little easier for students, NPD will have officers at every Noblesville school Tues – Fri to offer some reassurance that we are doing as much as we can to put them at ease as they finish the school year. Tell your student to look for us. We’ll be there.

“Please keep our injured school family members and their families in your thoughts and prayers,” she said.