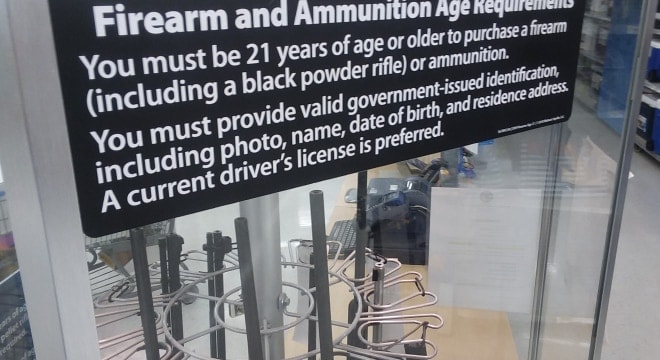 A bill approved in the Calfornia Senate this week would raise the threshold age for gun sales in the state 21 years (Photo: Chris Eger/Guns.com)

The California state Senate on Tuesday voted to pass a bill banning sales of more than one gun within a 30-day period while raising the age requirement for purchasing all firearms to 21 years.

The measure, SB 1100, was approved 24-10, sending it to the Assembly for further review. Supported by gun control advocates, it aims to both ration gun sales to about a dozen per year while increasing the age to buy rifles and shotguns from the current 18 years to 21. Sponsors argue it will help keep the public safe and is stronger than federal regulations on firearms.

“This bill sends a clear message to those in Washington who continue to ignore the cries for change to our gun laws,” said state Sen. Anthony J. Portantino, D–La Cañada. “Here in California we create change and respond to gun violence with sensible control.”

The proposal makes it a crime for a gun dealer to proceed with the sale of any firearm to an individual that the California Department of Justice has already processed an application for within the same 30-day period. The state currently has a such a rationing plan in effect, but it applies to handgun sales only, a law that Portantino would extend to cover all guns with exemptions for film production companies, law enforcement and those with a valid hunting license. Just the District of Columbia, Maryland, and New Jersey have gun rationing laws on the books, but they, like California’s current statute, are directed at handguns only.

Further, SB 1100 would put California in the increasing pool of states that have adopted laws pushing all gun sales to those at least age 21 in the aftermath of the Marjory Stoneman Douglas High School shooting in Parkland, Florida in February where a 19-year old killed 17 with a legally-purchased rifle. Under the bill, exemptions on long arm sales — which, ironically, would include any AR-15 style rifle that is legal for sale in the state — would be made for adults over age 18 who have a valid California hunting license.

A fiscal analysis of the measure estimates the state would lose out on $2.2 million per year in mandatory dealer fees due to the decreased number of gun sales resulting from the proposed new laws. According to federal records for last year, background checks were performed to sell 512,465 handguns and 318,133 long guns in California — figures only bested by Florida and Texas.