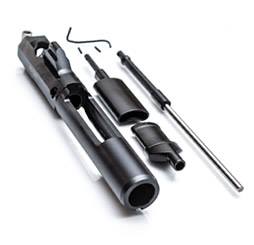 The Nevada-based AR manufacturer announced the all cash deal Tuesday, describing the acquisition as an “exciting” opportunity for both companies.

“I am excited to add this exceptional product line to our stable of proprietary accessories serving the firearms industry,” said Jay Jacobson, president of Franklin Armory. “We have already initiated the expansion of the excellent product offerings from Osprey Defense and look forward to introducing newly-adaptable, patented products by the end of the year.”

Lee Tolleson, CEO and president of Ark Defense, Osprey’s parent company, offered Jacobson a chance to buy its patents and existing inventory at the 2018 SHOT Show earlier this year.

“I can think of no better company to take Osprey Defense to the next level,” he said in a news release Tuesday. The Florida-based company prides itself on extending the performance of AR-style rifles through its gas-piston system. Osprey will move operations to Franklin Armory’s headquarters in Minden, Nevada and new products should be available this fall.