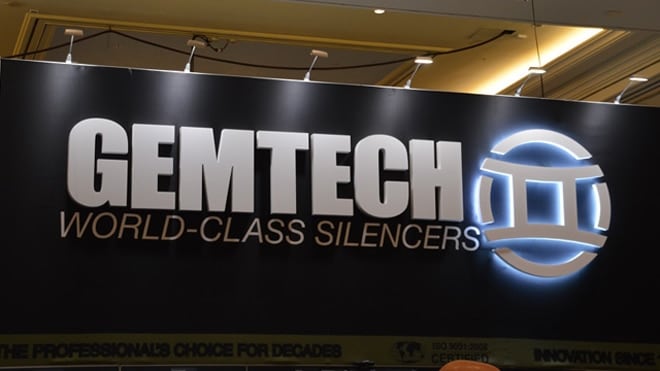 A district court in Idaho dismissed a lawsuit against Smith & Wesson this month alleging the gun maker squashed an international sales deal to avoid paying Gemini Technologies a cut worth millions.

U.S. Magistrate Judge Candy Dale said the suppressor manufacturer failed to prove why the case should be argued in Idaho instead of Delaware, as specified in an asset purchase agreement signed by both companies last year — a condition GemTech insists wasn’t binding.

“A fair reading of the entire clause indicates it is mandatory,” Dale said in a 16-page opinion issued May 16. “The language clearly and unambiguously manifests that the state courts of Delaware would be the exclusive forum for a case arising out of the (Asset Purchase Agreement) and the related Escrow Agreement.”

GemTech sued Smith & Wesson parent company American Outdoor Brands in January, alleging the gun maker violated a $10 million acquisition deal finalized in August 2017. In the agreement, Smith & Wesson promised the company a two-part escrow payment and a portion of any product sales proceeds over the next three years, not to exceed $17.1 million.

Gemtech said in court documents filed Jan. 24, however, the gun maker faulted on both ends of the agreement by shorting the escrow payment $1.5 million and scuttling a potential $207 million sales opportunity with buyers in the United Arab Emirates and Bahrain.

“Smith & Wesson’s breaches violated, nullified, and significantly impaired the cash payments and the earn-out payments to Gemtech,” the complaint says.

Elizabeth Sharp, vice president of investor relations for American Outdoor Brands refuted the claims in a statement to Guns.com that same month. “We believe that the lawsuit is without merit,” she said. “We look forward to defending our company and actions.”

The suppressor maker, founded in 1993, calls itself an industry leader and a favorite among U.S. military personnel, including Special Operations Forces. The company itself came back from the brink of bankruptcy in 2014 after Ron Martinez, a former Bank of America senior executive, bought a majority of its shares and pledged his home to infuse the company with much-need capital. By the time Smith & Wesson offered to buy Gemtech in March 2017, company sales exceeded $17.2 million.

Smith & Wesson appeared so impressed with Martinez’s leadership, the gun maker hired him as general manager and vowed to consult him before making any decisions that would negatively impact the payout deal secured in the APA.

The gun maker also pledged to steer clear of any actions capable of reducing the sales payout over the next 36 months, according to court documents.

Martinez transitioned into his role for Smith & Wesson in August and began arranging an international sales demonstration in the Middle East he thought would “close easily” and generate approximately $207 million. He presented the plan to company executives Aug. 30 and explained he’d already obtained the necessary federal permits.

Despite this, Smith & Wesson’s general counsel cancelled the permits, company executives fired Martinez and called off the sales demonstration — all without explanation. Gemtech alleges Smith & Wesson did this intentionally, knowing it would diminish the sales payout.