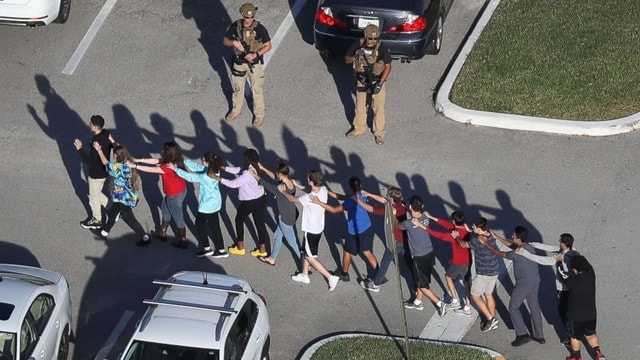 The Families vs Assault Rifles PAC will throw money at contentious congressional races across the country, hoping to tip the scales in favor of candidates who support a ban on “assault-style weapons.”

“We’re not about confronting the Second Amendment,” said Matt Ghod, the PAC’s political director, during an interview with CNN this week. “We’re not taking away your handgun or rifle or shotgun. We’re just looking to take out and restrict the ownership of the civilian equivalent of an M-16.”

“The ultimate goal is to amend the National Firearms Act of 1934 by adding just a paragraph or two or whatever it takes to ban assault weapons and also ban the more dangerous accessories of assault weapons, such as high capacity magazines and bump stocks,” said Jeff Kasky, a father of two students at the school, during an interview with CNN. “But we know to get to that very simple goal, we have to take the NRA out of our politics.”

“Most Americans agree that there needs to be some common-sense gun reform. Why don’t we have it?” Kasky said. “The party in power is being controlled by the NRA.”

NRA spokeswoman Dana Loesch blamed law enforcement failures for the massacre during a Townhall earlier this year, insisting local officials’ inaction allowed the gunman to slip through the cracks.

In March, the Florida Department of Law Enforcement opened an investigation into the Broward County Sheriffs Department’s botched response to the shooting.