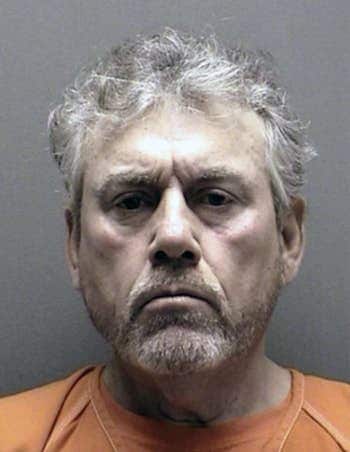 Federal investigators charged a Sutherland Springs truther for illegally possessing a handgun, according to a criminal complaint unsealed last month.

The U.S. Attorneys Office in the Western District of Texas said 54-year-old Robert Mikell Ussery, a convicted felon, was armed with a striker-fired black and silver semiautomatic pistol during a confrontation with parishioners at the First Baptist Church in Sutherland Springs in March.

Ussery, aka Side Thorn, and his girlfriend — identified only as “Conspiracy Granny” in court documents — allegedly accosted the church’s pastor and another member about the mass shooting that happened there in November 2017. The two suspects claim the shooting, which claimed 26 lives and injured 20 more, is a hoax.

The entire incident, captured on the suspects’ Go-Pro video cameras, reveals Ussery hid the handgun under the floor mat of his white Chevy pick-up truck after leaving the church, according to the complaint. Multiple recorded conversations between the two reveal Ussery owned the gun himself and wanted his girlfriend to claim ownership should police become involved.

The Wilson County Sheriff’s Office arrested Ussery and Conspiracy Granny for resisting arrest, criminal trespass, possession of marijuana and making terroristic threats. Ussery allegedly told the pastor his congregation would “hang him” for lying about the shooting and he also threatened to urinate on him.

The Department of Justice said Ussery spent four years behind bars for a 1984 felony burglary conviction. He faces up to 10 years in prison and a $250,000 fine for the gun charge.