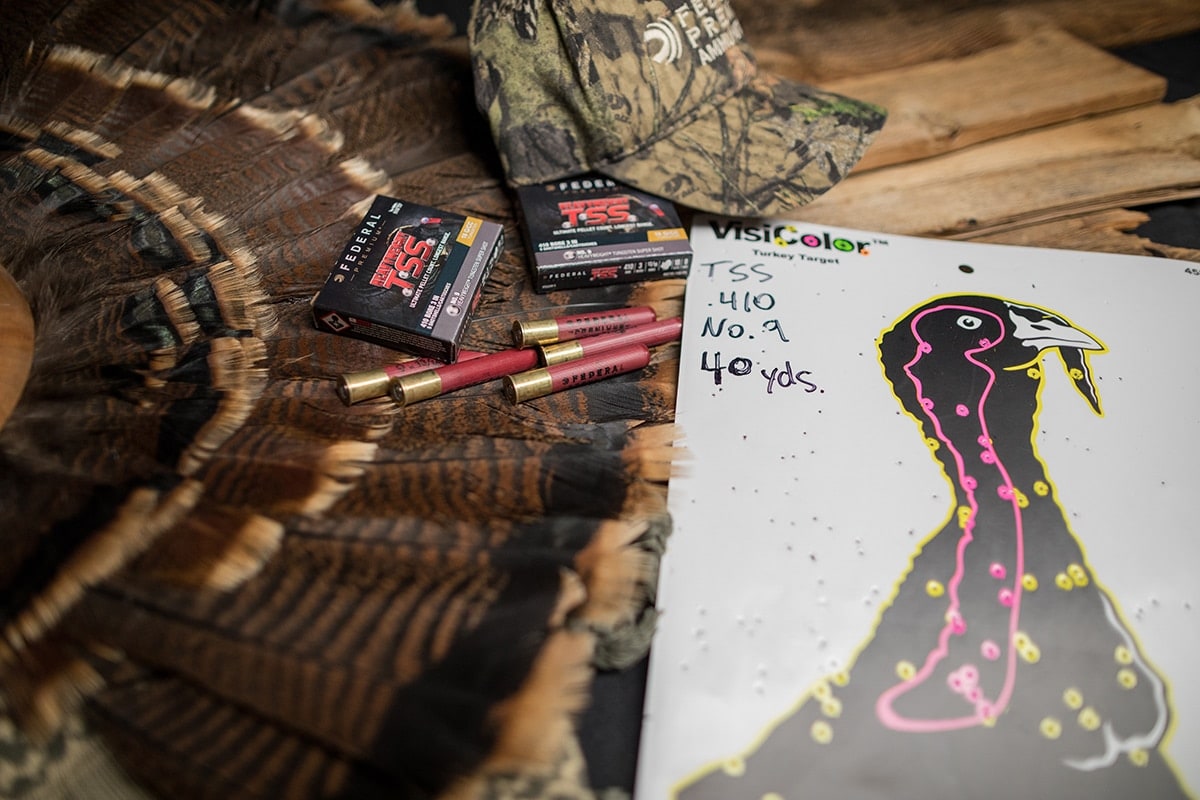 Federal Premium announced its working alongside a number of U.S. state to legalize the use of .410 shotguns for turkey hunting. The ammo maker said in a press release that its partnering with wildlife agencies and policy makers in 16 states that currently prohibit turkey hunting with smaller shot to challenge them to re-approach current legislation.

“Hunters have better options for effective turkey loads with smaller shot than ever before,” Federal Premium Director of Conservation Ryan Bronson said in the news release. “Federal Premium is working with wildlife agencies and policy makers in the 16 states that currently prohibit turkey hunting with shot smaller than No. 8 and shotgun bores smaller than 20 gauge to rethink their regulations and give turkey hunters of all ages, statures and physical abilities more options.”

Bronson said restrictions were originally enforced when lead was the primary shot available to hunters but with new loads, such as Federal Premium’s Heavyweight TSS shot, the company hopes restrictions are eased for turkey hunters.

Headway has been made in at least two states — Nevada and Utah — as commissioners and wildlife staff agreed to reevaluate current regulations. The Nevada Board of Wildlife Commissioners voted in early May to approve Federal Premium’s petition to modify shotgun restriction, allowing 29 gauge and .410 shotguns. The measure, which passed 8-0, moves on to a formal rule-making process where Nevada Division of Wildlife Staff and the public will work out specifics of the regulation changes. Meanwhile Utah forges ahead with its turkey regulation changes permitting all shotguns firing shot size BB or smaller for wild turkey hunting.