Bill in Congress would require all gun owners to be licensed, sales tracked 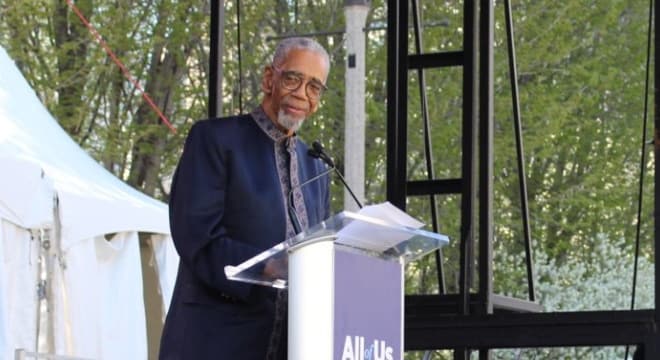 Illinois Democrats on Capitol Hill are backing a plan that would outlaw unlicensed gun ownership in the nation.

The bicameral measure was introduced this week in the House by U.S. Rep. Bobby Rush as H.R. 6024 and in the Senate as S.3002 by U.S. Sen. Tammy Duckworth. It would make it a crime to own a gun without a federally issued license and direct the Attorney General to establish and a system to track gun sales.

“Americans are demanding that Congress take real action to prevent gun violence and we must address this issue head on and do our part to prevent the senseless mass killings and shooting deaths in cities across this nation,” said Rush in a statement.

Rush says the measure is based in part on the Illinois Firearm Owners Identification card program, which was established in 1968, predating the FBI’s NICS system to vet gun sales by two decades. To legally possess guns, ammo, or tasers, Illinois residents must have a FOID card, which costs $10 plus processing fees and is good for 10 years. It can take up to 30 days to obtain a card after a background check process and, if denied, can be appealed.

Ironically, lawmakers in Illinois have attempted several times over the years to scrap the FOID program, saying the Woodstock-era vehicle has been made redundant due to advances in technology. Further, audits have shown the system has repeatedly failed to prevent potentially dangerous people from obtaining a license to purchase firearms, leading to initiatives to reform the system. Nonetheless, reports have surfaced that found many with revoked FOID cards still manage to keep their guns.

The bill is at least the fifth time around for the legislation on Rush’s behalf. First introduced in 2007 and again in 2009, it never left committee. His 2015 attempt garnered 7 co-sponsors which was up from his 2013 proposal, which was only backed by a single fellow Democrat.

The latest proposal has been referred to the respective chamber Judiciary committees.