Sig Sauer says any participant with a qualifying time lower than Sig Sauer’s Pistol Product Manager Phil Strader’s fastest center-fire match time with a stock P365 will win a $2,500 cash prize. The one participant with the lowest qualifying time that beats professional shooter Max Michel’s center-fire match time will win the whole she-bang to include a $25,000 grand prize. Michel will use his standard competition equipment in Open and Carry Optics.

Shooters are required to use a Sig Sauer P365 pistol, Sig Sauer 365 FMJ ammunition and a Comp-Tac International Holster. Equipment will be supplied on site at no additional charge but must be returned following completion of the challenge.

“Come one, come all and I challenge you to compete against Max and I in The 365 Challenge,” said Strader in a news release. “Seriously, I am looking forward to this event and competing with some of the greatest shooters across the country with the Sig Sauer Everyday Carry P365 pistol. I believe in the performance of this firearm and I know that when put to the test, it can compete with any full-size competition pistol. This is precisely why I issued The 365 Challenge.” 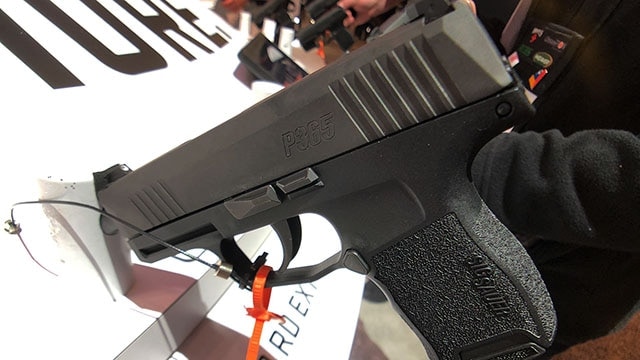 The competition will occur during the USPSA World Speed Shooting Championship held at the CMP’s Talladega Marksmanship Park with participation for the event limited to 10 entries total. Registration at the USPSA Championship is required to participate in The 365 Challenge.

Complete rules can be found on Sig Sauer’s website.