Wanting a tiny can to complement a shortened Ruger 10/22 build, Jeff Zimba with Bigshooterist gives the Bowers Group Bitty a workout.

Shipped in a .22LR ammo box-sized package, the $325 Bitty tips the scales at 2.6-ounces and is just 2.8-inches long overall. Full-auto rated and user-serviceable with no wipes or juice needed, Bowers says it is can handle rimfire magnums as well as 5.7FN which is no joke. 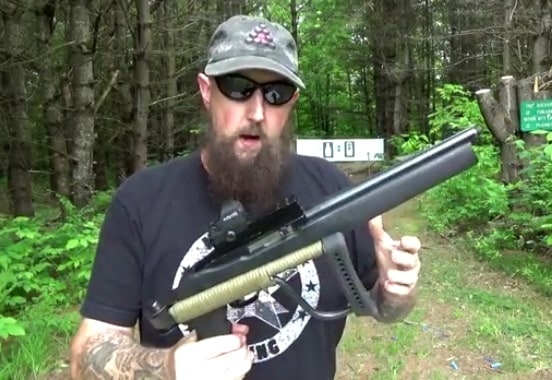 Anyway, in the video, Jeff compares the Bitty’s sound profile with a few different loads by stacking it against a Bowers USF and– unlike some people who show off suppressors, does not overlay the shooting clip with German speed metal turned to 11.

For those seeking more background on the Bitty, below is a second opinion by Dustin Ellerman, which is cool because he shows the can’s guts.