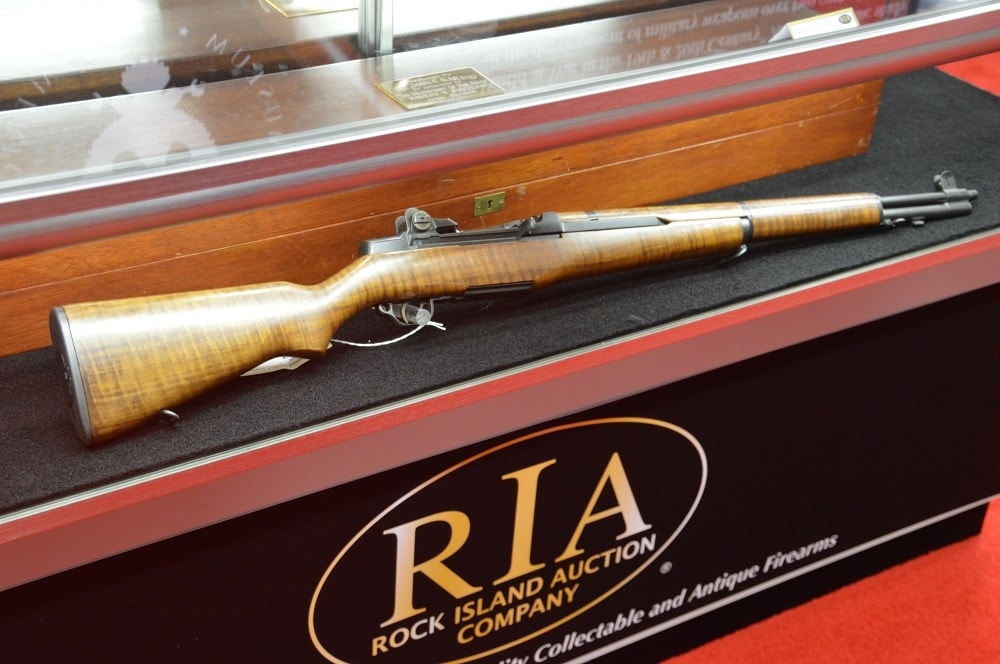 Rock Island pulled some 10,000 guns they had listed with Invaluable, the latter of which stood to make 3 percent on the sale of each. (Photo: Chris Eger/Guns.com)

The Rock Island Auction Company announced Friday they were cutting ties with a large online auction-hosting site due to the latter’s policy change on guns.

The Illinois-based auction house said they had ended their relationship moving forward with Invaluable and its sister company AuctionZip, citing a change in the promoter’s guidelines. Comparing Invaluable’s shift to that of gun retailer Dicks Sporting Goods, RIAC said they had pulled their upcoming 10,000-gun 2018 June Regional Auction from the site and will not use the service again.

The reason for the breakup, according to RIAC, was that Invaluable announced in May that it would no longer sell, “all Class III weapons,” “assault-style” semi-automatic rifles, and other items.

For those looking to still participate in their auctions online, Rock Island is directing potential bidders to their new in-house live bidding site which they point out adds just 1 percent fees to items, whereas Invaluable charged 3 percent.

Invaluable currently has about 40 Title II machine guns listed, primarily for Morphy Auctions with a concentration on vintage Tommy guns. In showing that the line on controversial items seems to fade once firearms are not involved, Invaluable currently lists memorabilia tied to Hitler, Stalin, Che Guevara and Fidel Castro.