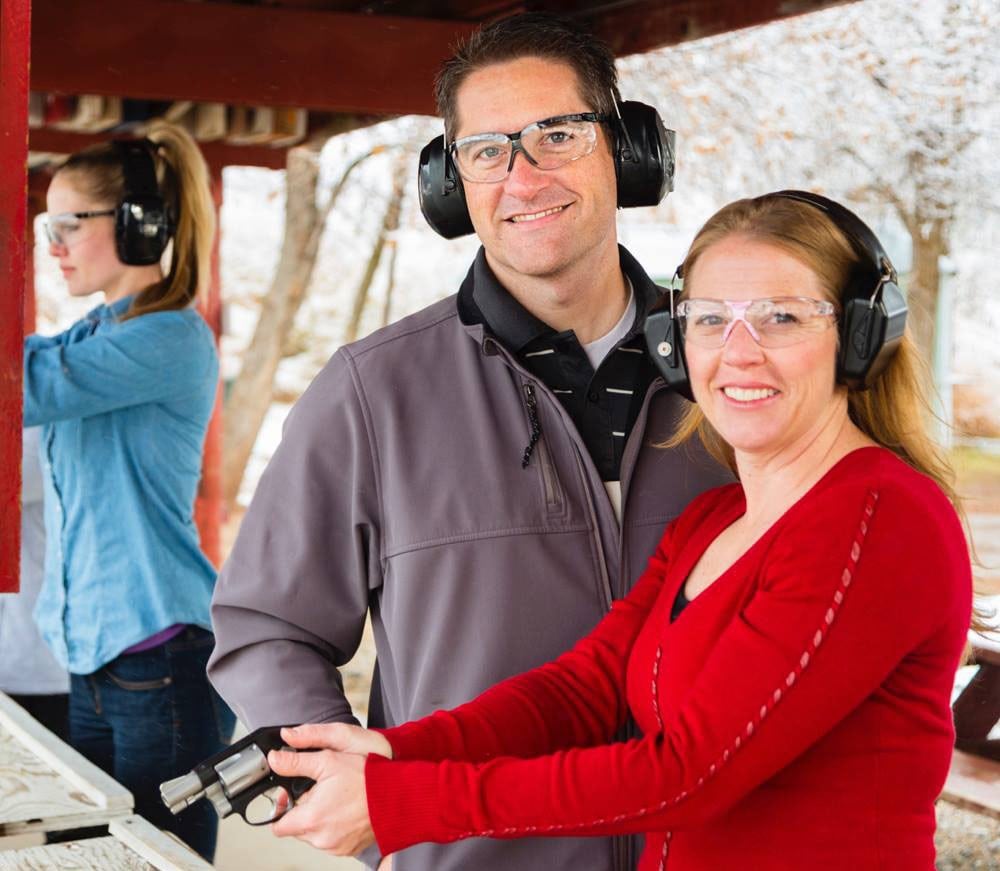 Online dating has revolutionized the way in which singles meet and mingle and now niche dating sites are giving daters even more control over who they potentially match with. In the past few years, niche dating has gained in popularity with this form of dating crossing over into the gun world. With websites like ProGunDating.com and ConcealedCarryMatch.com ready to match gun owners with potential date and suitors, it begs the question, are niche, pro-gun dating websites necessary?

Dating sites, in general, have experienced a boom in the past five years as the internet and subsequently smartphones connected users to a broader world. Users began migrating to the internet looking for love and all its trappings. The dating industry itself generates over $3 billion in revenue, according to IBIS World.

With big names such as Match.com, eHarmory, Bumble and Tinder dominating the online dating realm, smaller sites must set themselves apart in order to flourish. “Aggressively differentiate,” Jeremy Edwards, lead analyst at IBISWorld, told Entrepreneur. This differentiation comes in the form of niche dating and it’s on the rise.

Reducing the dating pool down to people who share the same or similar values, niche dating apps and sites allow those looking for love to target others with specific values or core beliefs. Though the idea may seem slightly myopic, it’s based on the fact that relationships routinely work better when the people involved share the same core values, partake in a similar lifestyle, and/or aim for similar goals.

Laura Clark, CEO of ProGunDating.com, said her site does just that — pairs people who share a common love of guns.

“It has been proven over and over again that people want to meet someone with the same core beliefs and at least some of the same interests as them,” Clark told Guns.com in an email. “(ProGunDating.com) is an online space for gun owners to meet like-minded people who cherish the Second Amendment. No more being judged for having a profile pic that shows you at the shooting range.”

The issue of gun-specific dating websites gained notoriety after the popular dating app Bumble cracked down on gun users with a series of updated policies in March. The new policies stated that most users could no longer pose alongside or with guns in any of their profile pictures.

“As mass shootings continue to devastate communities across the country, it’s time to state unequivocally that gun violence is not in line with our values, nor do these weapons belong on Bumble,” the company said in a press release.

Though military and law enforcement in uniform are exempt, the reaction against Bumble in the Second Amendment community was swift with many 2A supporters calling for the ban of the mobile dating app. In a political climate that is divisive on the issue of guns, Clark said sites like ProGunDating.com are vital in order to provide a safe haven for gun owners.

“The creation of the site was mostly in response to the over-hyped, knee-jerk ‘gun owners are dangerous people’ reaction by Congress and the left after recent mass shootings. While the issue has been divisive for years, it seems like over the past few months it’s reached fever pitch,” Clark explained. “In a day and age where conservative thoughts and beliefs are frowned upon in the tech world, we’re proud of what we’ve built and the members we already have are so appreciative that they can finally talk about firearms and not worry about being judged or banned.”

“When you choose club ‘A’ to go to instead of club ‘B’ you limit yourself in the same aspect. The next night you might go to club ‘B’ instead of Club ‘A’. We have no problem with any user switching to another dating site. It is always their choice as a consumer,” Tyson with ConcealedCarryMatch.com told Guns.com in an email. “Concealed Carry Match offers pro-gun and no-gun folks, both a place to meet. If you’re no-guns then you won’t see or be matched with folks who are pro-guns and vice-versa.”

Are gun owners jumping on the niche dating site bandwagon? ProGunDating.com recently reached the 50,000 member mark so it seems at least some gun owners are seeing the value in niche dating.